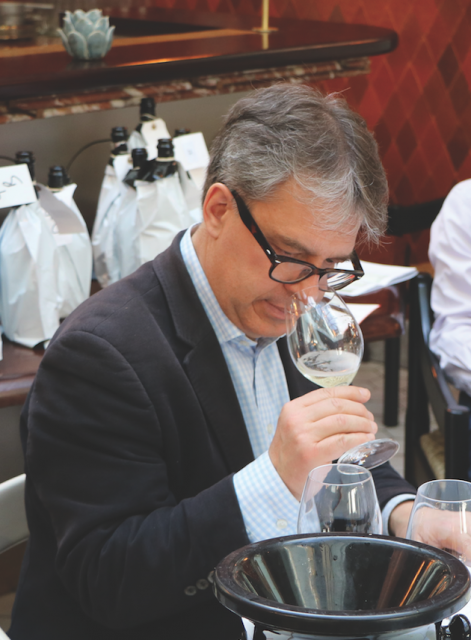 The improvement in Prosecco within the DOC samples as one moved up the price bands was notable. Indeed, our first Masters were awarded once we passed the £15 mark, with Maccari receiving the ultimate accolade for its Extra Dry Duplavilis, and then Bottega, for its even more expensive ‘Gold’ expression.

The step up in general standard once we moved into the DOCG Proseccos was notable – those sourced from the best sites in the region, be they Conegliano, Valdobbiadene or Asolo. In broad terms, these tended to have purer, more intense fruit, and often with ripe peach alongside the traditional pear flavour. Complexity was also evident in some samples, with a touch of citrus zest, and a gently chalky taste and sensation on the finish. Sugar-acid balance, even in sweeter samples, was key – the judges were on the look-out for refreshment.
Moving up the scale to the very top end of Prosecco, it was pleasing to see that Rive examples received some of the highest scores of the day. This category was introduced in 2010 to draw attention to particular sub-zones with distinctive and high-quality terroirs, and the Master awards for the Rive Proseccos from Val d’Oca and Masottina proved that there are sites in the Prosecco region that really do produce special wines.
We did taste one Cartizze – named after a hill in the Conegliano Valdobbiadene DOCG that is famous for producing the most concentrated expression of Prosecco. From Colesi, it was certainly impressive enough to gain a Gold, even though it was made in a Brut style – unusual for this pinnacle of the Prosecco pyramid, which is usually made in a sweeter style, and often ‘Dry’ (17g-32g/l).
Click here for Full Results ⇒