Syrah Masters 2019: the results in full

Having sampled almost 200 wines for 2019’s Global Syrah Masters, we bring you a full report on the top performers, taking in reds from Colchagua to British Columbia, Hunter Valley to the Valais. 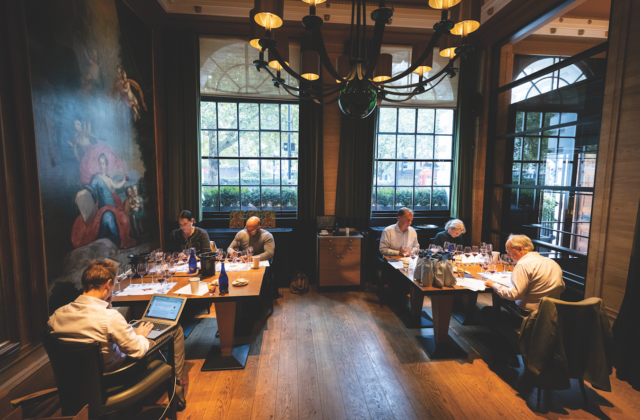 After a day spent tasting nothing but Syrah, one wonders why this noble variety isn’t a go-to grape for reasonably priced fine wine? If you look at the results from this year’s Global Syrah Masters, you can see that as many as 19 Gold medals and five Masters were awarded for samples sub £50, proving that excellence can be attained from this grape without spending huge sums – indeed, eight of those Golds were gained for wines retailing for under £20.

In short, this is a variety that can deliver juicy fruit, freshness, and inviting aromatics when its young, and complex savoury characters when its old, which is why it has cult status as Hermitage from the Northern Rhône, or, indeed nearby Côte-Rôtie, particularly when bottled as single vineyard offerings from Guigal, whose so called ‘La Las’ (La Turque, La Landonne, La Mouline) are some of the most collected labels in the world.

Having said that, the reputation of Syrah as a grape for making great wines is lacking, that is compared to Cabernet Sauvignon. Although Syrah may not have the intensely concentrated cassis fruit of Cabernet, and fails to deliver the same density of tannins, Syrah can be used, either on its own or in a blend, to create wines of similar complexity to the famous grape of the Medoc.

So why isn’t it more sought after? This I think relates to some issues – many of them from the past ­– regarding the type of wines it can produce. In its native homeland of the Rhône Valley, it can be associated with the aromas of sticking plasters that hail from the presence of Brettanomyces, once a common bacterium in wines from this part of France. From the warmer climes of Australia, on the other hand, Shiraz is used to produce pristine wines, but there has also been a history of making reds in a jammy, warming style that can be tiresome to drink.

Meanwhile, some young wines from a range of places, but particularly when bottled under screwcap, can display the unpleasant eggy aromas of Hydrogen sulphide (and other sulphur-like odours), because Syrah is particularly prone to reduction.

So, whether it’s because of Brett, reduction, or overripe fruit, Syrah has become associated with a range of undesirable traits, negatively affecting its image as a grape variety, even though the key regions where it’s planted have remained desirable.

As our tasting showed, such characters are now rare, and it’s necessary for the reputation of Syrah as a source of clean, fine wines to be re-written, although achieving this improved image will lag changing practices. Certainly in 2019’s tasting we had just a couple of cases when we detected the flavours from Brett – so around 1% of the wines – and, as judge Jonathan Pedley MW commented after the sampling was over, “the really positive story was the low incidence of reduction.” He added, “This continues the trend of recent years where producers seem to have got the hang of bottling under screwcap.”

Then there was the general march towards a more balanced style of Syrah, at least judging by the samples assessed this year. This included picking the fruit to retain the grape’s wonderful floral elements, from violet to jasmine, as well as its peppery spice on the palate, while avoiding excessive alcohol heat, and overly sweet or raisined fruit characters.

As for the winemaking, it was very rare that the judges felt that the impact of barriques was excessive, whether it was the flavours or tannins from oak. 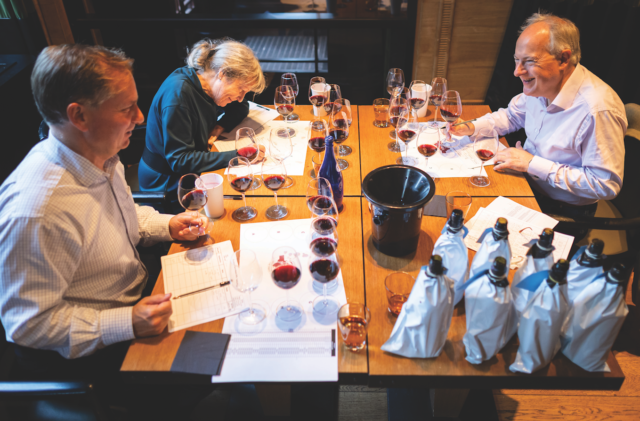 In terms of price, it has already been noted that Syrah seems to deliver a lot of interest for the price, especially compared to fine wines from Cabernet Sauvignon or Pinot Noir, but if one were to pick a ‘sweet spot’, then it would be a price band of £20-30. This may be a high price to pay for a single bottle of wine for your average wine consumer, but for a great drink, it’s not inaccessible.

What was extremely interesting to discover after the day’s sampling was the wide range of sources of our favourite Syrahs. As Pedley remarked, “Not surprisingly South Australia featured heavily in the medal table. Interestingly though, while one of our Masters came from Australia, the other two came from Switzerland (Valais) and Canada (British Columbia). New Zealand (Hawke’s Bay), South Africa and France (Saint Joseph) also picked up Golds.”

To pick out a few producers, taking home the top prize for consistently delivering wines at the top of their field, across almost every price band, was Wakefield – with Golds given to this Clare Valley winery from it’s entry-level ‘Estate label’ to its top-end ‘Pioneer Shiraz’, although its ‘Jaraman’ offered the ultimate in value, being the only Syrah under £20 to gain the hard-won title of Syrah Master.

Other Australian producers also greatly impressed. In particular, the Barossa’s Château Tanunda, along with the range of brands from Australian Vintage, and the wines from Bird in Hand, along with Langmeil, Pirathon, Levantine Hill, Henschke and Kalleske. Concluding on the strong showing from Australia in the tasting, judge Patricia Stefanowicz MW said, “the Australian Shiraz wines generated excitement.”

She continued, “It is great that the Aussies are keeping all that lovely blueberry, blackberry and black pepper, but toning down the high alcohol and the American vanilla and chocolate oak.

She added, “Elegance seems to be on the rise with delicious freshness and supple tannins in exquisite balance with concentrated flavour and integration,” before concluding, “Yummy, whether Barossa, McLaren Vale or elsewhere in Australia.”

Beyond Australia, it was top-end Syrahs from Hawke’s Bay (Church Road, Te Awanga Estate) and the Valais that wowed, while if I were to select the best-value wine of the day, it would be the sample from Mission Hill, called Reserve Shiraz, which hails from Canada’s Okanagan Valley. Why? It’s a £20 red with plenty of rich blackberry fruit, some chocolate notes, a touch of plum and pepper, and subtle floral aromas from a dash of Viognier in the blend.

Just such a wine provides all the evidence you need of Syrah’s appeal – it can yield a ripe and juicy barrel-aged, red wine that’s layered, aromatic, bright, and won’t break the bank. The Global Masters provided the ideal test-bed to confirm this, while providing a surprise result too: the current benchmark Syrah comes from British Columbia. 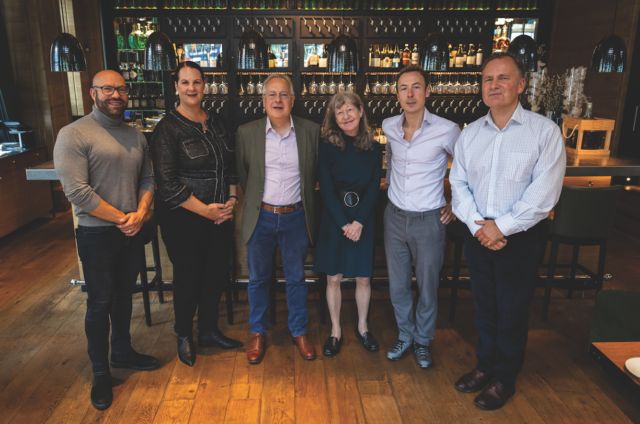