While our usual Masters competitions focus on a grape, region or style, our inaugural Autumn Tasting was open to all, and brought to light some exciting wines from parts of the world that might normally have been overlooked, writes Patrick Schmitt MW. 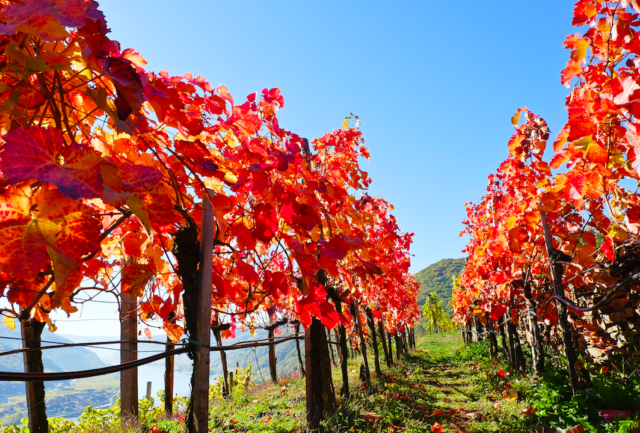 This report contains the results from an entirely new tasting from the drinks business. Called the Autumn Tasting, it’s a drinks competition defined by the time of year when the samples are judged, rather than their source region, style, or base grape variety. While our existing tastings take a snapshot of a particular area, certain styles or a noble grape, this is something different. It’s the antithesis of our other, long-standing competitions, in that there are no restrictions to who can enter: all styles of wine are welcome.

And that’s why it came about. A producer of say, a Furmint from Slovenia, wanted us to judge their product using our professional processes, but couldn’t find a competition that could accommodate them. Others wanted something different. They didn’t want their £15 Pinot Noir, for example, to be compared with other £15 Pinot Noirs of the world, but any red wine in the same price band, allowing them to be assessed for quality against anything and everything.

However, the main purpose of this tasting is to assess the quality of the slightly unusual – the blends that are a bit different, the regions that are less recognised, and the varieties that are little-known. And that makes the Autumn Tasting a thrilling addition to our line-up. It also makes the results important for those in search of quality whatever the source or grape, including those who deliberately seek out anything that’s an alternative to the norm. So, with that said, what did we find that was delicious and good value among our varied set of samples?

Considering the white wines first, the base level of entries was very high, with a raft of Silvers, which was impressively in the sub-£10 sector – and we were particularly impressed by the quality to price ratio in the wines from Moldova’s Château Vartely, as well as those from Spain (Jumilla and VDP Castilla) along with some delicious inexpensive Vermentinos from the Tuscan coastal area of Maremma, including an organic version.

But it was over the £10 mark that we saw the Golds and above start to come in. These included a benchmark Galician Albariño, an indulgent Tuscan Viognier, and some beautiful Chardonnays – including one aged in Bourbon barrels for extra caramelised interest, and two blockbuster versions not from France or the US, but from Italy and Spain.

Although it didn’t receive Gold status, a strong Silver medal was awarded to an Austrian Grüner Veltliner in a can, and we had a stunning Slovenian Furmint from 1971. The rosés contained some exciting results too, and while we had some lovely dry pink drops from Provence, it was one from Priorat that wowed, along with another from Chile – in an amazing bottle too.

We also had a couple of outstanding sweet wines, both of which were from Puklavec – a Slovenian producer that manages to craft wines of great quality and personality.

But the majority of entries in the inaugural Autumn Masters were red, and the standard was extremely high. And there are a couple of stand-out wine regions to mention after days of blind tasting – Spain’s Jumilla and Italy’s Maremma. Each one of these areas is not the most famous source region of their country. And each of them yielded distinctive, delicious wines from a hot, dry climate. But that’s where the similarities end.

Jumilla is mainly a red wine-producing area based around one notable grape: Monastrell. The region matches this hardy grape to a tough climate, which can be almost arid in some years. But very old vines, amazingly planted without rootstocks, makes this region the largest single area of ungrafted vines in the world. It is a viticultural relic. For this reason it should be treasured. Almost all the output from these old vineyards is managed organically, much of it certified, because this soil-climate-grape combination is natural, and needs no inputs. And as for the wines, one can now point to the number of Silvers and Golds picked up by these Monastrell-based reds from Jumillla in this blind tasting – and that’s when these wines were compared with the competition worldwide. We even had a Master winner from the region’s Bodgeas Fernández at under £30.

However, what really impressed the judges was the quality and character of the wines from Jumilla at lower price points, including those samples for less than £10. In short, it’s clear that if you want a wine of personality that’s made with native grapes, that has a unique character, and that’s organic, inexpensive and delicious, then look to Jumilla.

Next, we had the wines from the Maremma. Here we had some great examples at lower price points, but the entry point to this region is typically more expensive than Jumilla. Pick up something over £15, however, but still at under £20, and you can find fine wine. Often the source of blended wines, including those uniting the native Sangiovese to Bordeaux varieties, there’s something wonderful about the texture of these wines, as they manage to be both fleshy and fresh, combining ripe, juicy black cherry fruit with bright acid and dry tannins.

One area to look out for is Turkey’s Strandja mountains, where the brilliant Chamlija winery is based. Whether it was this producer’s reds from native grapes or international varieties, the standard was high, and the results exceptional.

Another result that should be mentioned was the great wines from Australia’s RedHeads, including a delicious, bright blend based entirely on traditional Italian grapes, from Sangiovese to Valpolicella. And from the US’s Columbia Valley, Charles Smith wowed our judges with both its Syrah and Merlot.

Importantly, in all these cases, it was the nature of The Autumn Tasting that allowed these wines to shine. It is also particularly important for our tasters, (me, Patricia Stefanowicz MW and David Round MW), and you, the buyer, to see that wines from obscure native grapes, and lesser-known parts of the wine-producing world, can yield brilliant results, and those on a par with, or better than bottles from famous areas, and international varieties.

And only with the format of the Autumn Tasting could so important a conclusion be drawn, taking the risk out of trialling new wines.

Please read on for the results in full from 2020’s Autumn Tasting, along with some information about the competition.

The judges for the wine tasting were Patrick Schmitt MW, David Round MW, and Patricia Stefanowicz MW.

With high-quality judges and a unique sampling process, The Autumn Tasting provides a chance for your wines to star, whether they hail from the great vineyards of Europe or lesser-known winemaking areas of the world.

The top wines were awarded Gold, Silver or Bronze medals according to their result, and those expressions that stood out as being outstanding in their field received the ultimate accolade – the title of Master.