Our annual Organic Masters competition shines a light on the best wines – of all types – that are produced with certified-organic grapes. This year’s event shows that there is quality and depth in this fast-expanding sector, writes Patrick Schmitt MW

While our Masters programme has always sought to recognise the best wines within long-established areas of the trade, whether that’s through tastings organised by grape variety or region, it has also been designed to draw attention to new market trends.

Hence the addition of a Prosecco Masters to the competition calendar four years ago, at a time when this Italian sparkling was in the ascendancy but suffering from the incorrect perception that it all tasted similar. Over the years of blind analysis of Prosecco, we have highlighted the stylistic diversity and quality available, as well as the leading producers, and top terroirs of this popular category.

The story is similar with rosé, another part of the industry that has expanded significantly this decade, and, again, contains surprising stylistic diversity, along with a broad range of quality levels.

Consequently, our Rosé Masters, launched in 2015, has witnessed the rise of barrel-fermented pink wines, the march towards ever-lighter colours – inspired by the market success of Provençal rosés – and the expanding variety generally: be it the increasing extremes in appearance, sweetness levels, and palate weight.

The Organic Masters is a competition created and run by The drinks business and is an extension of its successful Masters series for grape varieties such as Chardonnay and Pinot Noir, as well as regions such as Rioja and Chianti, and wine styles such as rosé and sparkling. The competition is exclusively for wines made from certified organically-grown grapes. Divided only by price bracket and, for ease of judging, style too, the blindtasting format allowed wines to be assessed without prejudice about their country of origin. The best wines were awarded medals that ranged from Bronze through to Gold, as well as Master, the ultimate accolade, given only to exceptional wines in the tasting. The wines were judged by a cherrypicked group of Masters of Wine, Master Sommeliers and organic wine specialists on 5 May at The Pig & Butcher in London. This report features only the winners of medals.

SOUGHT-AFTER
This year, we decided to continue in our search to blind taste test the fashionable, which explains the addition of another category to our competition series with the Organic Masters. While organic wines aren’t new, they are becoming increasingly sought-after, and, like rosé and Prosecco, suffer from a number of perceptions that require testing.

Confirming the increasing demand for organic wines, both major international trade shows for wines and spirits this year have installed dedicated sections for the category.

ProWein, held in March, hosted its first ever Organic World, a showcase of 30 international organic wine producers in a designated area, while Vinexpo Bordeaux will this month contain its inaugural WOW!, standing for World of Organic Wines, which promises the participation of 200 growers.

In 2016, market-research agency Wine Intelligence noted that organic wines might be one of the most important trends for the wine industry, saying the number of organic exhibitors at ProWein had grown from 17 producers in 2005 to roughly 600 last year, a rise of more than 3,000% in 10 years. But what is organic wine? For the sake of our Organic Masters, it is a product made from organically-grown grapes.

Furthermore, they must be certified, and we accepted a range of certifying bodies, as these tend to be country-specific.

Importantly, they all exclude the use of artificial chemicals in the vineyard. Although the judges were fully aware of the criteria for the competition, they were asked to assess the wines as they would any other – according to quality first. The wines were served blind, grouped into price bands, and loosely arranged according to style within their colour categories.

It was, of course, only a snapshot of the organic category, but was revealing, nonetheless. One positive conclusion drawn for the tasting was the realisation that England can produce first-rate sparkling wine with organic grapes. 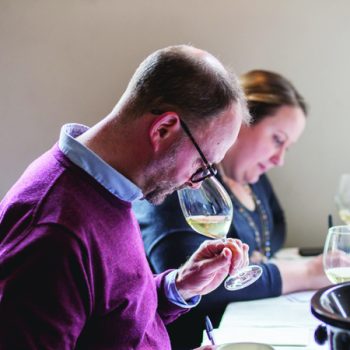 A climate famous for its challenging growing conditions, above all because of damp, was the source of two Golds in the competition, and only five were awarded, although there were three Masters – the highest accolade reserved for exceptional wines only. The pair of sparkling Golds came from Oxney in East Sussex and Albury in Surrey, for those are looking to tap into two trends: the rise of English fizz and organic produce. Other top-scoring wines came from less surprising sources.

We had a lovely Chardonnay from Angove in Australia, for example, a producer based in the hot dry climate of McLaren Vale, and an experienced hand at organic grape growing. Another Chardonnay that impressed was also from the New World, but from a producer that has had plenty of practice with organics, but doesn’t exclusively produce organic wine.

This was New Zealand’s Babich, which earned a Master for its Headwaters Organic Chardonnay from Marlborough, and a Gold for a Pinot Noir under the same label, proving that this region can produce first-rate results with organically grown grapes, and, great wines with varieties other than Sauvignon Blanc, which is, of course, the bread and butter for this New Zealand wine region.

A further top performer was Domaine Bousquet. A family-owned operation in Argentina’s Mendoza, this organic specialist hails from Carcassonne in southern France, but has been growing grapes in the Gualtallary valley in Tupungato for 20 years. Wowing the judges was its single-vineyard expression Ameri, a Malbec-dominant blend that also contains Cabernet, Syrah and Merlot, from a plot at 1,250m altitude.

LONG-TIME FOCUS
Our final stars of the day were from Australia and France.

The former nation gained a Master for the Ernest Allen Shiraz from Gemtree Wines in the McLaren Vale, a part of Australia that appears home to a high proportion of organic and biodynamic producers. The latter country also produced a Master, this time from the Languedoc, home to Château Maris – a property famous in this region for its long-time focus on organic and biodynamic practices.

The success in the competition of its Dynamic label also confirmed the belief that the relatively new ‘cru’ of La Livinière in the Minervois really does produce a superior level of Syrah – and, as one judge said, a “real terroir-driven wine”. 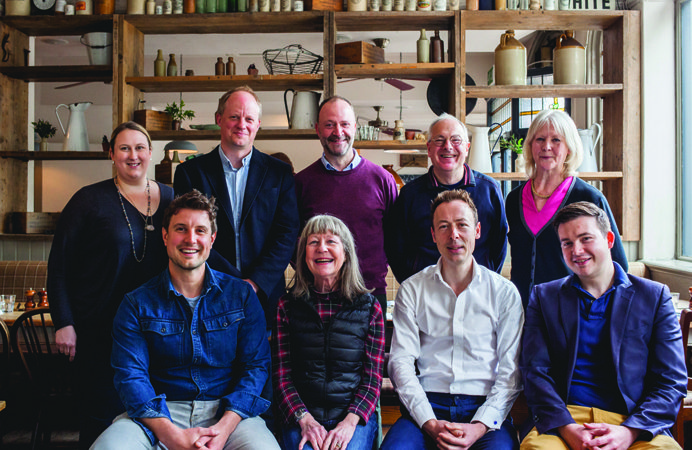