Organic Masters 2018: the results in full

We reveal all the medallists from the UK’s only blind tasting for certified organic wines, with some surprising results, including top scores for fizz from Surrey and Champagne aged in the sea, as well as a Sauvignon Blanc blend from Mallorca, plus a stunner from the Minervois. 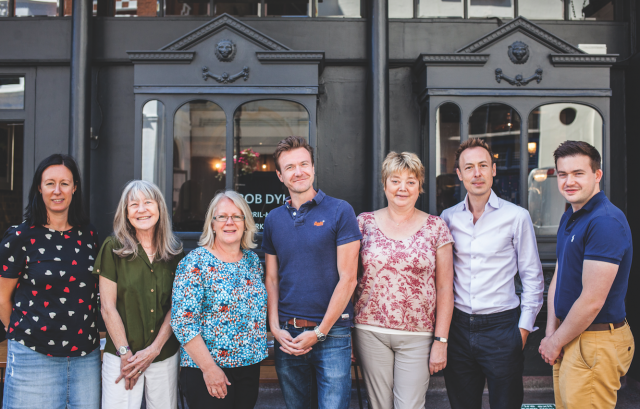 It’s safe to say that every wine region in the world has at least one producer who employs certified organic viticultural practices – a statement that this year’s Organic Masters certainly lends weight to. With medal-winning samples from a vast array of places, from Surrey in south-east England to the Spanish island of Mallorca, we found greatness in areas little-known for top-end wines, let alone organic vineyard management. Such results also proved that even challenging climates, such as those in the UK and Champagne, can produce class-leading wines using this restrictive approach.

Not only that, but organics spans all price bands, with plenty of entries this year sub-£10, and a handful over £50 too, highlighting that this form of viticulture can be employed to produce wines at the commercial end of the pricing scale, as well as in the territory of fine wine.

Importantly, the tasting proved that being organic, or more accurately, using organically-grown grapes, is a decision that need not be detrimental to quality. Although the choice to eschew synthetic herbicides, pesticides and fungicides does generally leave one more vulnerable to yield losses, it should not negatively affect the style of the resulting wine. In fact, particularly where organic practices are combined with life-enhancing soil management, such an approach should heighten the wine quality, and, as some producers will insist, bring a more accurate reflection of site specifics, or terroir.

Although it is certainly possible to find drawbacks in the organic approach, any ambitious, quality-minded producer should be doing everything possible to augment soil health – after all, it is this substrate that is a great domaine’s most valuable asset.

So with that in mind, who were the star producers that managed to be both certified organic and a source of greatness? In the sparkling category, it was notable how many organic Proseccos we saw in this year’s tasting, and their consistent level of quality, with no fewer than eight Silver medals awarded across a range of price points. We also had a lovely good-value Cava from J. Garcia Carrión, along with a pleasant organic Lambrusco from Cantine Riunite, and, like last year, a brilliant fizz from Oxney, in England’s East Sussex.

But for the very top of the pile, just two Golds were awarded in the sparkling wine sector. One, as one might expect, went to a Champagne – and the biodynamic Leclerc Briant brand, resurrected in 2012 by American investors, and curated by respected sparkling winemaker Hervé Jestin. Although their range of Champagnes are excellent, it was the new cuvée Abyss that gain a top score, a blend that has been aged at the bottom of the sea. The other Gold was more of a shock, awarded to a pink fizz from England. This refreshing, pretty, strawberry-scented sparkling hailed from the organic and biodynamic Albury Vineyard of the Surrey Hills, and the judges felt it was a real find.

As for the still wines, it was exciting to see some good quality and great value organic wines from countries such as Romania and Bulgaria, along with some well-known brands, such as Marqués de Cáceres and Quinta de Maipo, as well as longstanding Australian organic-only wine producer, Angove.

It wasn’t until the wines moved beyond the £10 mark that our first Golds were awarded, with, in whites, a wonderful and original sample from Mallorca, comprising Viognier, Sauvignon Blanc and Prensal Blanc, made by Oliver Moragues. Within the £10-15 category in reds, we saw Golds awarded to wines from areas well-suited to organic viticulture, such as the Languedoc, Sicily, Jumilla and South Africa’s Tulbagh region – the latter from Waverley Hills.

Moving beyond £15, but staying below £20, it was thrilling to unearth a wonderful organic dry Riesling from the Nahe, and, among the reds, a magnificent balanced, gently peppery Syrah from the Minervois, made without the addition of sulphites by biodynamic specialist of southern France, Château Maris. Despite its relative affordability, the judges awarded this latter sample the ultimate accolade, a Master.

At the higher end, over £20, the judges were wowed by a rosé from Domaine la Goujonne in Provence, and a Shiraz from Gemtree Wines in the McLaren Vale.

But our only other Master of the day’s tasting went to a further Syrah and another wine from Château Maris – this time the producer’s top drop, called Dynamic. Such a sample proved not only the quality of this brand, but also the potential of biodynamically-farmed vines in the cru of Minervois La Livinière – the Languedoc’s most celebrated place for Syrah.

In short, the day’s tasting drew attention to the wide range of places where organic viticulture is practised to glorious effect, whatever the wine style. Being organic may not be a guarantee of quality, but it certainly shouldn’t be seen as a farming decision to the detriment of vinous excellence. And this year’s Organic Masters proved that decisively.

Over the following pages are the results in full, followed by details about the competition and comments from the judges.