The best Malbecs from the Global Masters 2020

While the South American powerhouse was rewarded in our competition, the Global Malbec Masters showed that other countries can hold their own when it comes to making exciting wines from this grape, writes Patrick Schmitt MW. 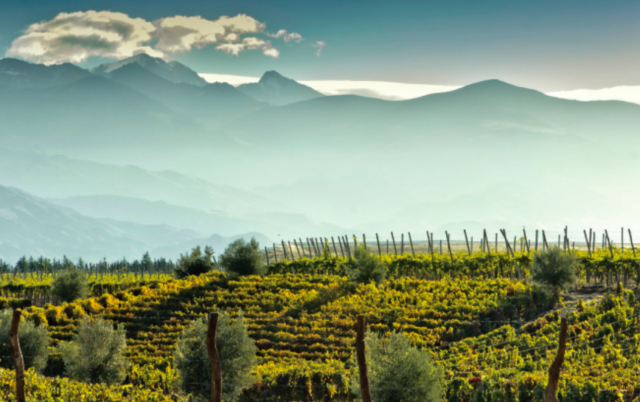 If you were in doubt as to the power of brand Malbec, then look at the range of medallists in this year’s competition. Not surprisingly Argentina dominates – this is, after all, the country that made Malbec famous. It elevated a sidelined French grape into an international superstar, but witness where it’s now grown, and the styles of wine it produces. We even tasted a ‘white Malbec’, then, as the sampling continued, tried reds from Turkey, Spain, and South Africa, all made with Malbec, despite those countries having no history of handling the grape.

This is because this variety is such a draw for wine drinkers, who love its deep colour, its fleshy dark fruit, spice, and firm tannins. It’s also one of those grapes that makes one hungry, so closely associated is Malbec with marbled red meat. Or maybe it’s the prevalence of steak that makes consumers so thirsty for Malbec? Either way, the grape is a global force, and, as a result, its supply base is expanding.

This should be good for Malbec, as new sources and techniques, as well as better examples, will retain consumer interest in this grape.

This is true too for Malbec from Argentina, where the diversity of wines from this single grape has expanded, from the rich to bright, and now from the white to the rosé and of course, near-black wines it’s famous for. Argentine Malbec has also moved with the times stylistically, as winemakers gradually show more restraint in their approaches, reducing the proportion of new oak, or picking a touch earlier for greater freshness, even though they are still crafting generous, juicy reds.

So what wowed the judges in 2020? Well, the sole white Malbec in the competition made for a novel, refreshing, inexpensive and well-made addition to the category. It was a fairly simple wine with flavours of apple and pear.

Among the reds, but sticking with the cheaper end of the tasting, it was a Malbec from South Africa that was the only sample to pick up a Gold medal for a wine under £10. Hailing from Linton Park Wine Estate in Wellington, it was loaded with black cherry and prune-like fruit, and creamy vanilla-tasting oak, impressing the judges for its quality and depth at this price level.

Further surprises came in the £10-£15 category. One of these was the quality of Malbec from Bodegas Norton that had been produced without any oak influence. Using grapes from Argentina’s Lujan de Cuyo, it was an intense red with layers of flavour from blackcurrant to plums, with fine tannins and a pleasing touch of dried herbs, and more than enough juicy fruit to make up for the lack of barrel-derived sweetness.

In the same price band, but within the oaked Malbec category, the judges were amazed to find that the sole Gold awarded was from Izmir in Turkey. Made by Yedi Bilgeler Winery, it was an intense style, with blackberry and wild cherry aromas, milk chocolate, and a fresh, plum-like finish, making for an opulent but bright style of Malbec.

Over £15, but staying below £20, and we had our first Master-winning Malbec. Given to Finca El Origen’s Gran Reserva from Uco Valley’s sought-after sub-region of Los Chacayes, it gained high scores from all the judges for its mix of creamy oak and ripe, fleshy, black fruit, and dry, cleansing tannins, all for a higher-than-average but still affordable price.

Moving beyond the £20 barrier, the Malbecs became more intense, and specialist, with a pair of outstanding single vineyard expressions from high up in the Uco Valley. Both from Trapiche, and forming part of its Terroir Series, they were equally good, with a lovely balance between fruit and oak, ripeness and freshness, while containing an appealing herbal, peppery note. However, the flavours and structure did vary, with the Orellana using grapes from the La Consulta sub-region, while the Ambrosia was made with bunches from Gualtallary. Attracting just a point score below these two was a third single vineyard expression from Trapiche, using fruit from a site called El Parel, which yielded a notably spicy style of smooth, fresh Malbec.

As for the other Gold in this price category, that hailed from Norton, and formed part of its Altura range, which, like the Trapiche wines, uses grapes from high up in the Uco Valley.

It was notable how good the blends performed this year, especially when they included Cabernet Franc, which seemed to give a fresh red-fruit character to the wines, not unlike summer pudding. Wonderful and relatively affordable Malbec blends containing this grape included Argento’s Aresano Organic sample and Aleanna’s El Enemigo – which gained a Master. Other successful complements to Malbec based on this year’s results included Tannat and Petit Verdot (Amalaya) and Cabernet, Merlot and Syrah (Domaine Bousquet).

Turning back to the issue of varietal Malbecs, we had some outstanding wines from Catena and Terrazas de los Andes in particular, with the latter picking up a Master for its Lican Parcel, which uses grapes from the Uco’s Los Chacayes, giving another endorsement for this high altitude sub-region.

But we also had a Master at this top end for a delicious Malbec from Doña Paula, capturing the quality of grapes from its Alluvia parcel of vines at 1,350m above sea level in Gualtallary in the Uco Valley.

Made in one of the coolest climates for Malbec in Argentina, this is a wine with masses of concentration, loaded with pure, intense black fruit, some bright red berries, notes of cigar box, and a tight dry tannin texture. It is an impressive, powerful red without the alcohol heat and sweetness that can beset such a wine style.

And it is another example of why Argentina is still the benchmark for varietal Malbec – it manages to pack so much colour, flavour and energy into its wines.

See the tables below for all the medallists from this year’s competition.

With high-quality judges and a unique sampling process, the Global Malbec Masters provides a chance for your wines to star, whether they hail from the great vineyards of Europe or lesser-known winemaking areas of the world.

The 2020 competition was judged over two days in November at the Novotel London Bridge Hotel, and judged by Patrick Schmitt MW, David Round MW and Simon Field MW.

The top wines were awarded Gold, Silver or Bronze medals according to their result, and those expressions that stood out as being outstanding in their field received the ultimate accolade – the title of Malbec Master.