The Malbec Masters 2017: results and analysis

Argentina may have single-handedly tranformed the fortunes of the once-ignored Malbec grape, creating a global star, but other countries are getting in on the act, with expressions that impressed our judges, writes Patrick Schmitt MW. 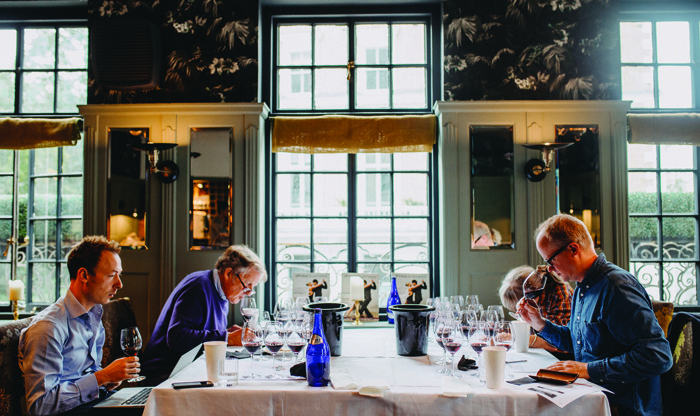 The modern history of wine has witnessed many phenomena, but no grape has risen as quickly from obscurity to mainstream popularity as Malbec. Despite the variety’s global presence, just one country should be credited for this turnaround: Argentina. This single nation has reinvented Malbec, elevating it from a French rustic rarity to the sumptuous Latin blockbuster it is today.

But like the formation of new landscapes, change occurs beneath the surface, and Argentine Malbec makers are still busy behind the scenes tweaking styles while seeking new expressions. At the same time, other parts of the world are waking up to the power of Malbec, crafting their own examples in the hope that they too can win some share of this successful red wine trend.

In a crowded wine-competition arena, the drinks business Global Malbec masters stands out for its assessment of wines purely by grape variety rather than by region. Divided only by price bracket and, for ease of judging, style too, the blindtasting format allowed wines to be assessed without prejudice about their country of origin. The best wines were awarded medals that ranged from Bronze through to Gold, as well as Master, the ultimate accolade, given only to exceptional wines in the tasting. The wines were judged by a cherrypicked group of Masters of Wine and Master Sommeliers on 7 September at Bumpkin in London’s South Kensington.

Whether it is the stylistic evolution in Argentina, or new products from elsewhere, our Malbec Masters serves to identify the overriding winemaking developments concerning this single grape and, at the same time, the best producers at a range of price levels.

In line with the market, the competition is dominated by samples from Argentina, although we did see a growing number from Chile, while Cahors in France – the native home of Malbec – also featured. But it was the consistent quality of Argentine Malbec, particularly at entry level prices, that really impressed the judges, and explained why this grape and-country combination has become so popular.

Nevertheless, if there were a sweet spot, it was among those samples priced between £10-£20, where the wines were not only concentrated and complex but also relatively good value, coming close in quality to examples priced much higher – where, to draw on a cliché, bigger wasn’t necessarily better.

So what did the judges like? Certainly a combination of Malbec’s juicy, fleshy, ripe dark fruits combined with its plummy freshness, and firm but fine tannins. Malbec complements ageing in barriques, and the best wines had found a pleasing balance between fruit concentration and barrel-sourced flavours and tannins.

Where wines were marked down, however, it was usually because there was some jammy, or baked character to the fruit, or, conversely, too much greenness, with some wines containing pyrazines, evident in a whiff of bell pepper (although in small doses this character was favoured by some of the judges). Restrained styles, however, were rewarded by the judges, including those Malbecs with overt peppery aromas, reminiscent of Syrah from the Northern Rhône. While their aromatic complexity excited the panel, we did wonder whether the consumer of Malbec, who is, for the most part, used to ripe and rich expressions, would be so enamoured.