As much as its producers might try to convince us to more readily drink rosé outside of the summer months, there’s no denying how a ray of sunshine can make a glass of pink that much more appealing. 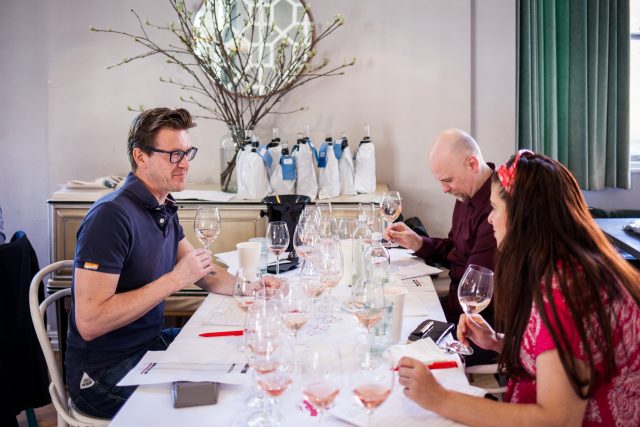 The Drinks Business Global Rosé Masters is a competition for all styles of rosés from around the world. This year’s event saw almost 200 entries judged blind by a panel of highly experienced tasters.

The best wines were awarded medals which ranged from Bronze through to Gold as well as Master, the ultimate accolade given only to exceptional wines in the tasting.

The wines were tasted over the course of one day at 11 Pimlico Road in London’s Pimlico on 19 April. This report features only the medal winners.

So it was appropriate, and serendipitous, that this year’s Global Rosé Masters should fall on what was the hottest day of the year in London so far – a balmy 31°C; we could have been on the French Riviera in August, if we squinted through the traffic. Not that our panel of judges could be swayed by such trivialities as the weather, but on warmer days, particularly in less Mediterranean climates, rosé has a way of springing to the forefront of consumers’ minds.

If this year’s competition proved anything, it’s that rosé is far from simply a light-hearted beverage made for drinking without thinking, but a serious wine capable of complexity. With more than 200 still and sparkling entries, styles ranged from light, fresh and fruity with classic notes of strawberry and raspberry, to more weighty, textured examples that offered layers of more complex aromas like garrigue, grilled nuts, nectarine and passion fruit.

The wines that had seen wood wore it well, proving that when applied fastidiously, a level of oak ageing or barrel fermentation can add another more serious layer of intrigue to a rosé. Colour, though a vitally important commercial consideration (with a paler hue currently in vogue) was not a defining factor, and while a great many of the wines judged were consciously pale, there was a broad sweep of colours on show, from deep pink and salmon to cherry, peach and coral – a reminder that looks aren’t everything.

As judge Tobias Gorn points out: “It is great to have light-coloured, fresh and elegant rosés, but the current trend of the ‘paler the better’ – being the more elegant and prestigious – is getting a bit over the top.

“Some darker rosés are equally great. I suppose it’s a bit like in many other cases in the drinks industry: the colour is great to be enjoyed, and is important, but mustn’t lead the flavour profile and hold back wines from achieving greater recognition and well-deserved fame.”
And as veteran judge Patricia Stefanowicz MW adds: “Much more relevant than the feast for the eyes, is the balance of dryness (or sweetness), fruit and flavour, acidity, and body.”

And while rosé might be a firm favourite with consumers, at the commercial end, driven by vast volumes of easy-drinking, fruity styles from France and Italy, and the sweet white Zinfandels and blushes produced in the US, producers aren’t resting on their sun loungers. Indeed, as this competition showed, rosé producers are making marked efforts to elevate the rosé category. As one of our judges, Jonny Gibson, owner and head tutor at the Sussex Wine School, notes, observing this year’s entries: “There seems to be quite a lot of experimentation going on in the rosé category. Higher-altitude and north-facing vineyards being planted specifically for rosé, different picking times, some skin contact, blending in a small amount of white wine (Vermentino in Provence) and the use of lees stirring and oak. I saw a video about the unique cooling equipment that Château d’Esclans have had made to keep their barrels cooled to different temperatures.”

The industry’s efforts to produce wines of outstanding quality were demonstrated by the fact that this year’s Global Rosé Masters yielded an impressive five Masters, (with one Master-winning wine demonstrating stunning value at under £15), a handful of Golds and many more Silver medals besides. And while France, specifically Provence, may have accounted for the largest number of wines judged, it did not sweep the board (but nevertheless accounted for two Masters), with several wines from less traditional rosé-producing countries achieving high praise. A pink from Greece scooped a Gold, while an English sparkling rosé was also among the wines to achieve the highest accolade of a Master. 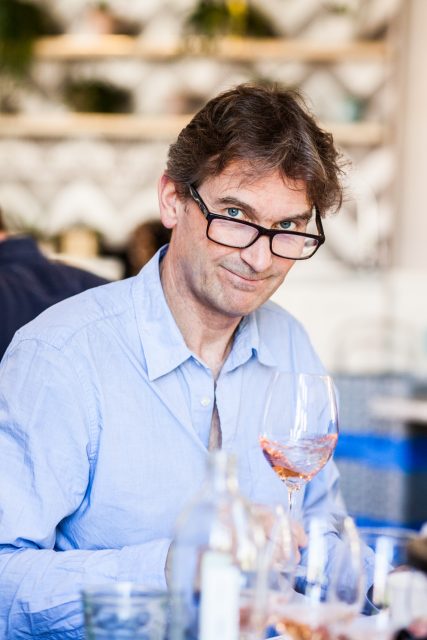 Inevitably, still rosés made up the lion’s share of the wines judged, with a great many falling into the commercially crucial £10-and-under category. At this level, judges were not only looking for quaffable crowd-pleasers, but wines that were balanced, with plenty of fruit and lively acidity. One stand-out performer came in the shape of Barton & Guestier’s B&G Reserve Rosé from the Languedoc, which was the only wine in this price band to achieve a Gold medal. Wines hailed from regions as diverse as Italy, France, Chile, Spain, Portugal, Austria, Australia and the UK.

However, it was Spain, particularly Rioja, that performed strongly within this price brand, with rosados from Marqués de Cáceres doing well across the board. Indeed, this producer’s paler and more delicate Excellens rosé was the highest-scoring Spanish wine in the competition.

Moving up a rung into the £10-£15 category, Provence started to make its mark, with our first Master of the day awarded to Chateau la Coste’s Grand Vin Rosé, which, at under £15, was the best-value wine of the competition. Provence’s Château Gassier also scored a Gold for its Esprit Gassier, along with Domaines Fabre’s Cuvée Dédicace Côtes de Provence. But while Provence performed strongly, judges felt that style had perhaps taken over from substance, with several producers presenting paler-than-pale expressions at the cost of concentration and complexity.“Perhaps aiming for paler oeil de perdrix (eye of the partridge) colour is stripping out flavour punch also? At this price point, though, there were some lovely surprises from Italy, Spain and Lebanon,” said Stefanowicz.

Gold medals were also awarded to Fattoria’s Sardi rosé from Tuscany, Planeta’s rosé (a 50/50 blend of Syrah and Nero d’Avola) from Sicily, and, representing the Cape, Holden Manz’s 2017 Rosé. Elsewhere, Lebanon’s Château Ksara earned itself a Silver medal for its Sunset rosé from the Bequaa Valley, along with Wakefield/Taylors Pinot Noir Rosé, from Australia’s Adelaide Hills.

Scaling the price ladder further, at £15-£20 expectations increased, with judges looking for a little more than a well-made wine but expressions with depth and finesse. While there were no Masters to be found in this category, there were three stand-out performers: Mirabeau’s Azure, from Provence – the producer’s first on-trade exclusive – Pink Vines’ PR- Provençal Rosé, and Alpha Estate’s Xinomavro Rosé from Amyndeon in Greece, which were all awarded a Gold.