For a long time, Malbec has been the preserve of Argentina, with producers there taking the French grape and making it their own. But while the country still reigns supreme, it faces stiff competition from its neighbour, Chile. By Patrick Schmitt MW 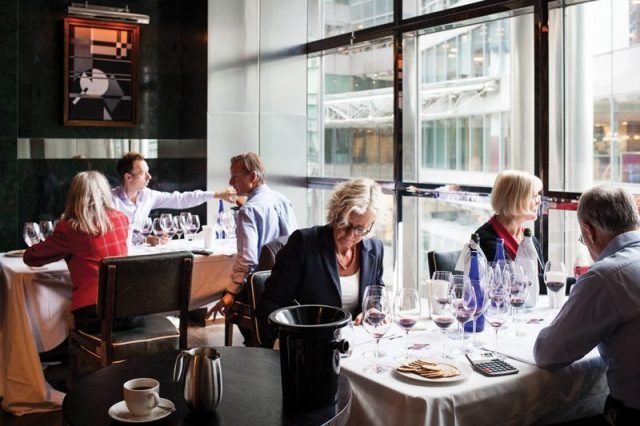 BECAUSE YOU, our readers, want to know about the very best from each of db’s tastings, our reports on the Masters series tend to focus on the Gold medallists and above (we reserve the term Master for the very top wines of the day’s tasting; that is, if there are samples good enough to deserve this honour).

However, it is important, particularly with the results from this year’s Malbec Masters, to stress how good a wine must be to gain a Bronze or Silver medal. Chosen to judge the samples are Masters of Wine who hold a specialist knowledge of the grape or region being assessed, which means they understand the subject intimately, as well as, thanks to their qualification, its context in the diverse world of wine.

In a crowded wine-competition arena, the drinks business Global Malbec Masters stands out for its assessment of wines purely by grape variety rather than by region. Divided only by price bracket and, for ease of judging, whether the style was oaked or unoaked, the blind-tasting format allowed wines to be assessed without prejudice about their country of origin.

The best wines were awarded medals that ranged from Bronze through to Gold, as well as Master, the ultimate accolade, given only to exceptional wines in the tasting. The wines were judged by a cherrypicked group of Masters of Wine on 7 October at One Canada Square Restaurant and Bar in London. This report only features the medal winners. For more detail on the top-scoring wines, including tasting notes, see thedrinksbusiness.com

Furthermore, all of them have to agree that any particular wine is good enough to gain a medal – and MWs aren’t renowned for being flexible.

That means the following results do not reflect the tastes of one person who happens to love Malbec, but the consensus of an exacting panel, fully aware of how any single sample must perform relative to other wines at similar prices, whatever the grape. For that reason, those wines with a Bronze are better than average, not just in the world of Malbec, but compared with red wines in general, while those with a Silver medal are excellent, and it is only the exceptional that gain a Gold or more.

If you consider that almost every entry in this year’s Malbec Masters achieved a medal, you will be aware of how high the standard of wine is today from this grape. Not only that, but a remarkably high number received a Silver, even among the entries priced below £10, proving that Malbec is popular because it delivers a lot for the money.

To quote one of this year’s judges, Jonathan Pedley MW: “The tasting confirmed my view that Malbec can make lovely quaffable consumerfriendly wines.” Continuing, he said: “Malbec can offer joyous juicy drinking at everyday prices; I am sure that this explains a lot of the grape’s success.”

As for the style of wine that brings about this commercial achievement, he added: “A good Malbec delivers plenty of deep purple colour; attractive blackberry, blueberry and plum fruit; and a palate that is full and rich without being too tannic or acid.” Of course, the stylistic reference for the Malbec of today is Argentina, which has managed to adopt this French grape, craft its own distinctive expression, and sell it back to the Europeans.

And while Argentina dominates in terms of Malbec sales at present, other parts of the world are trying to cache in on this nation’s success with this single grape, particularly Chile – which has a longer history growing the variety than its neighbouring country.

As the results show, Argentina holds a significant lead in terms of medals, and dominates when it comes to Golds or Masters. Nevertheless, Chile is present at the top rung, with two Malbecs from Chile gaining Golds this year – one from Chilensis and another from Millamán. Such quality from Chile was a revelation for the judges, but for one in particular, it also served as a warning to Argentina not to become complacent.

Madeleine Stenwreth MW, who did her Master of Wine dissertation in 2007 on the effect of altitude on Malbec in Mendoza, said: “I was impressed with how fast the Chileans have improved the quality of their Malbec.” She said this has come at a time when “some Argentine producers are starting to take their success for granted… they been been too busy admiring their own success”. 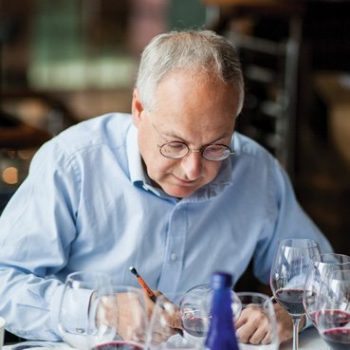 Indeed, she observed how Chile is facing stiffer competition from Argentina when it comes to Cabernet Sauvignon, and, in return, Argentina is starting to see Chile produce stronger rivals with Malbec. However, the judges also noted that while Chile reached the high points, it also produced some disappointments.

“The few Chilean entries acquitted themselves reasonably well, but the country was less consistent than Argentina, and produced far fewer high scorers – but with far fewer entries,” said Neil Sommerfelt MW. Similarly, Pedley said: “The quality of the Chilean Malbecs was mixed: while there were a couple of very good wines there was a lot of average stuff.” Although relative to Argentina, the number of Chilean entries was small, it was not insignificant, prompting Pedley to add: “I was surprised by how many examples there were from Chile.

I guess that the Chileans have had a peek over the Andes and have seen the success of Argentinean Malbec and thought ‘Let’s have some of that action’.” Within Argentina, Sommerfelt noted the quality of Malbec from higher altitudes.

“The higher-altitude vineyards in Mendoza, such as Uco Valley and its subdistricts (Altamira/Gualtallary) contributed many of the higher-scoring wines, with more evident elegance and purity of fruit.” Stenwreth agreed but also recorded the success of other parts of Mendoza. “I was very happy to see that it was not only the much-hyped (and very worthy of the attention) Mendoza´s Uco Valley sites such as Gualtallary and Altamira that were stealing all the limelight.

There were some beautiful wines scoring Silver and Gold from the most historic vineyards of Mendoza´s Luján de Cuyo, Vistalba, Las Compuertas and Maipù. It is just too easy to forget the places where it all started when ‘the new kid on the block’ gets most of the attention.” Sources aside, what styles were getting the high scores? As noted after last year’s Malbec Masters, producers are moving towards a more restrained type of wine – one where the amount of new oak has been toned down to reveal the inherent characteristics of the fruit and the site on which it is grown.

Not only that, but vineyards are being managed to produce grapes that are ripe, but not overripe, while extraction procedures during fermentation appear to be getting gentler, ensuring that the wines end up juicy, not drying. Sommerfelt said: “Throughout the various price brackets there seemed to be less over-extraction and manipulation than might have been the case previously.

There were a good number of wines that offered attractive aromatic notes alongside the plump dark berry fruit. An element of freshness was noticeable in many wines too. As a category, the wines appeared to be less manufactured or contrived, and were more relaxed in profile and more appetising as a result.” This more refined approach was evident at the top end too.

“In the higher-price echelons the structure of the wines took a noticeable step up, with the best wines offering well sculpted, refined tannins as a framework to the beautifully aromatic, textured fruit. 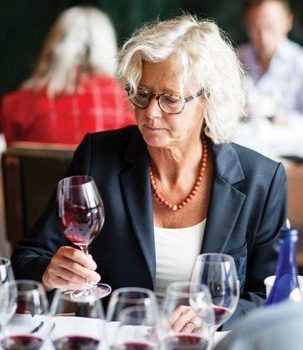 There was much less evidence of the widespread overembellishment of the past,” he said. Nevertheless, the search for elegance may have caused some producers to go too far, and end up with unripe characters in their wines. Pedley explained: “In the search for more elegance and finesse I thought that a few of the premium wines had strayed into the ‘green and herbaceous’ aroma spectrum.

I can understand that at the top level there is a need to get away from the world of ‘jammy fruit and clunky oak’, but some of the wines have gone too far.”

Like Sommerfelt, Stenwreth recorded that: “There was less of the overextraction and heavy-handed oak management of the quite recent past.” However, she observed the challenge of striving for lighter fresher styles.

“Some wines showed how difficult it is to walk the very fine line of being slightly underripe to express the beauty of showing a slight herbal whiff of wild thyme and ruccola in the perfectly ripe cool-grown Malbec in Uco Valley. “Green character in wine is such a controversial issue among tasters, judges and critics, and should be much more openly discussed,” she said.

Continuing, she noted: “Still too many people expect Malbec to be the big and bold ‘macho-wine’ resulting in overripe fruit and loads of oak, especially at hefty price tags.” In essence, while the tasting showed that there is a drive to make less heavy Malbecs in Argentina specifically, some of the judges felt the pendulum may have swung too far the other way as the country tries to evolve its wine style.

Furthermore, as such changes occur, long-time Malbec consumers could end up disappointed, particularly if they buy a slightly herbaceous example when they are accustomed to a ripe, concentrated and oak-laden version.

However, if you want to know which wines managed to deliver the complexity that comes from sensitive handling of grapes picked at optimum ripeness, as well as the juicy richness that has made South American Malbec so popular, then look no further than the top medallists in this year’s tasting.

Among those that impressed the most were the ultimate expressions from Pascual Toso, Trapiche and Doña Paula, particularly the latter two producers’ parcel series.

Such wineries are already adapting viticulture to the characteristics of their best, unique sites. And, as more take the same tack, the number of top-scoring Malbecs will increase, augmenting that strong base of good-value juicy wines, highly demanded for their sweet blue fruit and steak-friendly tannins.

But Argentina had better watch out – Chile is working hard with Malbec to create Master-quality wine. Indeed, we almost awarded the nation this ultimate accolade in this year’s tasting. For Stenwreth, however, such competition is what Argentina needs, because it will encourage producers to try harder. Afterall, she states, Mendoza is yet to realise its full potential with Malbec.

The judges (clockwise, from top right) 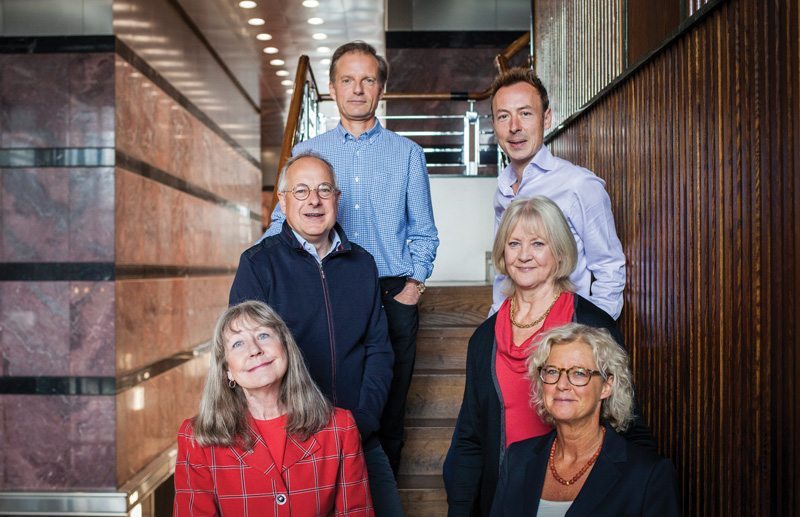