This year’s Pinot Noir Masters revealed an encouraging number of balanced and refined entries, particularly at higher price points, reaffirming the judges’ perceptions of this most pernickety variety. 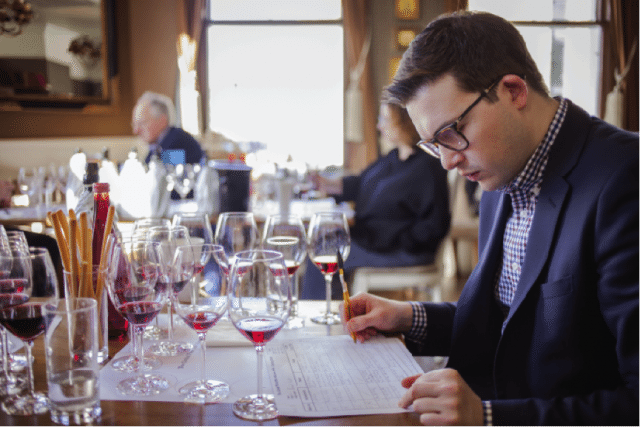 However hectic your wine tasting schedule, it’s hard to get a truly global handle on the stylistic trends concerning any single grape. But with our annual Global Masters, you gain exactly that – a current snapshot of winemaking fashions among the major noble grapes.

Not only that, but this is delivered in just one day – each judge tastes up to 70 different wines from the same grape within a matter of hours.

As we’ve reported before, with Chardonnay, wherever it’s from, we’ve seen a shift from heavier styles, as winemakers dial down the diacetyl and new oak. On the other hand, we’ve seen the emergence of matchstick characters in this grape, as cellar masters engineer the production of volatile sulphur compounds, or sulphides, which are a by-product of a reductive winemaking approach – such as leaving the wine on its lees for extended periods without stirring.

Meanwhile, in Sauvignon, as we wrote last month, there’s a move towards more textural styles, created through later harvesting, increased lees contact, and the use of barrels or foudres for fermentation and ageing, among other techniques.

But what about Pinot? With this grape too, judged on 18 February by nine Masters of Wine and one Master Sommelier, there are clear developments. Most of these are good, such as the emergence of more balanced wines. This year’s competition certainly saw fewer examples where the oak was too dominant, tannins too coarse, or alcohol levels so elevated that you’re left with a burning sensation on the finish.

It seems that those who choose to work with Pinot understand that it’s best when handled gently, and grown in cooler sites, as well as picked when ripe enough to ensure the retention of bright fruit, and avoid that bland raisined character. 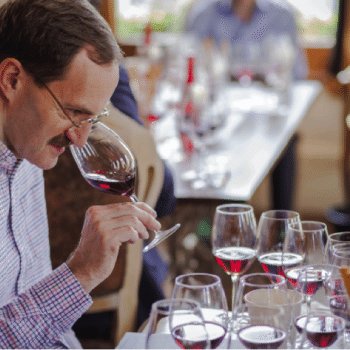 Nevertheless, one development that was emerging last year, and more widespread in 2016, was the occurrence of unpleasant reductive aromas. As Jonathan Pedley MW, a regular judge in our Global Masters, said: “Reduction was a problem: I guess that winemakers, in their quest to preserve the fragile fruit aromas of Pinot Noir, are avoiding any oxidation, but have gone too far to the other extreme.” As a result, he observed: “So many of the wines had vibrant colours but were flat, tarry, rubbery and smoky on the nose; no oxidation but no Pinot Noir charm either.”

This did mean that, compared with other Global Masters tastings we run, a high number of wines were rejected in the Pinot competition, which was a shame for those producers who had made the effort to enter. Although you won’t see those wines in this report, let’s hope that this wine fault doesn’t continue to plague the grape, particularly as it holds an enviable upmarket reputation and is liked by so many for its attractive perfume.

“The tasting confirmed that a vineyard must have a very good site and an appropriate growing year to achieve substance, balance and harmony and some longevity for high quality. It also confirmed my opinion that a cool climate (or site) probably produces the best Pinot Noir. Apart from Burgundy, one might find good examples from parts of New Zealand, especially Martinborough and Otago, and the best parts of the Willamette in Oregon. A few sound examples appear from parts of Chile and, in a richer style, from California and, in a more delicate style from eastern Canada around Niagara.”

“There’s still a long way to go with too many Pinot Noirs; too many of my notes said something along the lines of ‘red wine not Pinot Noir’, ‘lacks varietal definition’, ‘too little characteristic perfume’… Those that scored poorly need to get the heat and hulking body out of the wine, get perfume, typical fruit, elegance and silky smooth texture in. Pinot noir is such an exciting cultivar, and is doing great things in places such as Australia and New Zealand. The benchmark in the New World is so much higher than even just a decade ago.”

“The tasting re-confirmed what we all know: Pinot Noir is very hard to get right, particularly at the cheaper end of the price scale. In terms of sources, there were some good wines from cool climate Australia and New Zealand, and, overall, there were a handful of graceful, aromatic, elegant wines, but they were few and far between. Oak, where it was used, was generally well handled. Reduction was a massive problem. A few wines were over-extracted, with excessive toughness and dryness killing the silky palate texture that characterises great Pinot Noir.”

“The results of the tasting were in line with my perceptions of Pinot Noir. It’s a finicky grape that only seems to thrive in certain regions. I get the feeling that some countries and some producers feel that they should have a Pinot Noir within their range, and therefore plant the grape in inappropriate areas. The resulting wines demonstrate the weakness of such practices. When Pinot producers get it right, the wines have it all: gorgeous aromatics, silky texture, bright acidity and supple tannins.”

Now, to get back to the positives. As always, once the medals have been awarded, we can see whether there are certain countries or regions that perform particularly well. And it was satisfying to witness that areas which are becoming renowned for great Pinot picked up Golds in this year’s competition, in particular Central Otago and Martinborough in New Zealand, the Yarra Valley in Australia, Leyda and Casablanca in Chile, Hemel-en-Aarde in South Africa, Willamette in Oregon, Edna Valley in California, and Alto Adige in Italy.

Furthermore, a special mention must go to Champagne, which collected four golds and one Master – the competition’s highest accolade – for blanc de noirs made from just Pinot Noir. Although a style of fizz that can be hard to get right, as we pointed out in this year’s Champagne Report, more Pinot Noir is grown in Champagne than along the whole length of Burgundy, and the famous sparkling wine region has been benefitting from a succession of ripe vintages, bringing riper phenolics along with poised fruit. As Michael Edwards writes about Pinot in Champagne, not only are producers making “balanced” and “silky” blanc de noirs, they are “costing less than the now ruinously priced grands crus of Burgundy”.

A chart topper in this year’s Pinot Masters was the example from Philipponnat, combining not just a great site – grapes sourced from premier and grand cru plots in the Montagne de Reims and the brand’s own vineyards in Mareuil-sur-Ay – but also a first-rate vintage: 2008 was one of the greatest harvests of the last 50 years. As always, the wines were tasted in price bands, and the day began with those below £10. This is a hard place for Pinot, which requires careful handling in the vineyard and doesn’t respond well to higher yields, which can be necessary to produce low-priced examples. Nevertheless, there were good examples, with Les Domaines Paul Mas standing out as a source of Pinot that is inexpensive, tasty and with varietal typicity – and as a result several of its entries gained Silvers. But we also discovered a pleasing Pinot from Romania and the Pfalz – the latter debunking an idea that German Pinot has to be pricey.

Moving over £10, but staying beneath £15, it was good to see Chile cement its reputation as the source of excellent value for money Pinot, while also highlighting the superiority of Leyda and Limarí as homes for keenly-priced wine from Burgundian grapes. But Marlborough too performed strongly within this price band, prompting one judge, Patricia Stefanowicz MW to comment: “There were some rather elegant, plush-textured, but not overly herbaceous samples from Marlborough,” which, she admitted, “was a surprise for me.” Between £15 and £20, we had 10 Silvers from a wide range of sources, including Baden in Germany, North Canterbury in New Zealand and the Santa Lucia Highlands of California’s Monterey County. However, it was not until we moved over £20, but below £30, that we saw plenty of Golds awarded, confirming that Pinot is a grape requiring expensive handling. Significantly, two of the Golds in this price band were from Monterey – Jackson’s Carmel Road and Hahn’s SLH ­– marking out this area of California as a source of juicy and balanced, but still relatively inexpensive Pinot.

The same too should be said of New Zealand’s Central Otago, which gained three Golds, though two of these were from the same producer, Rockburn Wines. Beyond £30 and over £50, the same regions dominated, complemented by Chile’s Casablanca and California’s Sonoma Coast. As for producers, Bouchard Finlayson, Craggy Range and De Bortoli have a history of doing well in our competitions, and didn’t disappoint this year, while proving the high quality of Pinot produced in Hemel-en-Aarde, Martinborough and the Yarra, respectively. We also discovered a name that was new to us from Oregon: Van Duzer, which is making lovely and distinctively packaged Pinots. We were impressed too by the range from Tolosa, in Edna Valley, which submitted three wines, and, impressively, picked up three Golds. Another strong performer, first spotted in last year’s competition, is the Alto Adige’s Castelfeder Winery, as well as Cono Sur, particularly with its range-topping Ocio Pinot, a wine that has consistently done well in the Global Masters. 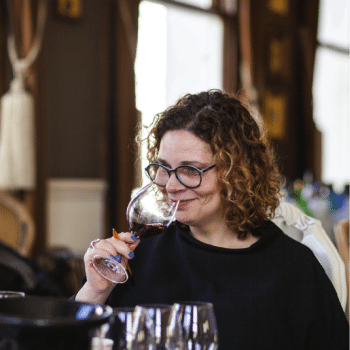 Like any of our tasting competitions, there were highs and lows, but it does seem, with Pinot Noir, that it really is a case of great peaks and deep troughs. As two of our judges independently said, Pinot is “like the little girl who had a little curl: when it is good, it is very, very good; when it is bad, it is horrid”. Nevertheless, as noted above, the overall trend is good for Pinot, wherever it’s grown. Whether it’s red or black fruit, more producers appear able to capture a delicious combination of mid-palate sweetness with a refreshing finish. Oak is increasingly complementary, not dominant, adding to Pinot’s inherent sweetness, while providing a structural boost. And thankfully, alcohols, which can easily rise to high levels in warmer climates, seem to be more moderate, or at least in balance with the wine. As Natasha Hughes MW summed up “When Pinot producers get it right, the wines have it all: gorgeous aromatics, silky texture, bright acidity and supple tannins. What’s not to like?” 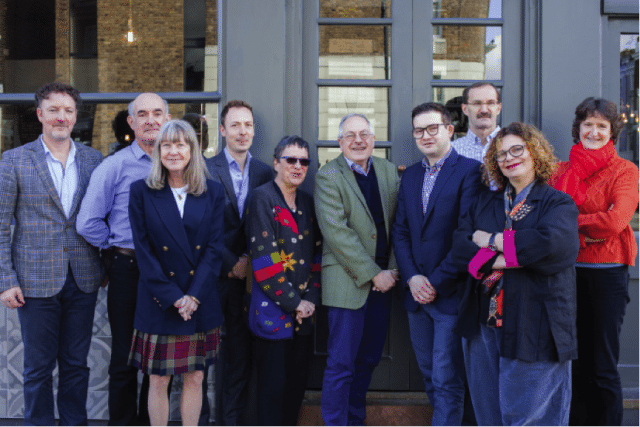 In a crowded wine competition arena, The Drinks Business Global Pinot Noir Masters stands out for its assessment of wines purely by grape variety rather than by region. Divided only by price bracket and, for ease of judging, whether the style was oaked or unoaked, the blind tasting format allowed wines to be assessed without prejudice about their country of origin.
Wines were scored out of 100, with those gaining over 95 points being awarded the top title of Master. Those earning over 90 points were given a Gold, those over 85 points a Silver and those over 80 points a Bronze. The wines were judged by a cherry-picked group of Masters of Wine and Master Sommeliers on 18 February at The Princess of Wales in Primrose Hill. This report only features the medal-winners.