‘Care and attention’ is, according to Miles, the lead character in the film Sideways, what is needed to make a great Pinot Noir. Patrick Schmitt MW finds out how many entries in our Pinot Noir Masters deserve star billing.

OF ALL the Global Masters tastings we run – and it’s an extensive series covering noble grapes and major wine styles – it is the Pinot Noir competition that yields the greatest range of results.

Within the same flight you might find a group of judges either grimacing or grinning, depending on whether the sample had caused great offence or glorious pleasure.

Unlike, say Cabernet Sauvignon, where there are gradations of quality and style, and few failures, Pinot Noir seems a boom-or-bust grape – it either excites with perfume and sweet berry fruit, or severely disappoints with a thin body and unripe aromas.

It’s why Miles – the lead character in the Hollywood film Sideways – was “so into Pinots”.

In a crowded wine-competition arena, the drinks business Global Pinot Noir Masters stands out for its assessment of wines purely by grape variety rather than by region. Divided only by price bracket and, for ease of judging, style too, the blind-tasting format allowed wines to be assessed without prejudice about their country of origin.

The best wines were awarded medals that ranged from Bronze through to Gold, as well as Master, the ultimate accolade, given only to exceptional wines in the tasting.

The wines were judged by a cherry-picked group of Masters of Wine and one Master Sommelier on 10 February at Bumpkin in London’s South Kensington.

As he said in the blockbuster movie, which is now more than 10 years old: “It’s a hard grape to grow… It’s thinskinned, temperamental… it needs constant care and attention…. And it can only grow in these really specific, little, tucked-away corners of the world.”

But what he didn’t mention was Pinot’s huge commercial significance, mainly because the demand for this single variety rocketed after this particular film’s success.

Consequently, those “tuckedaway corners” mentioned by Miles have expanded to include pretty much every major wine region that will allow it.

And, as you can see in this year’s Pinot Masters results, we’ve added to our broad list of medal winners with Turkey and Greece: two countries without a long history of nurturing this most pernickety of grapes.

But what is it about Pinot that creates such variation in wine quality? After all, it does seem to perform well in a range of soil types, from volcanic to sedimentary. The key is climate – the grape performs poorly in either very cool or hot places.

For example, some entries this year that failed to attract high scores were too green and weedy, because they hailed from areas that struggle to fully ripen the grape in weaker vintages. Others that didn’t win over the judges were alcoholic and jammy – a result of high temperatures during the growing season, as well as picking too late.

As Miles also said about making good Pinot: “Only the most patient and nurturing of growers can do it.” And that’s because it’s a grape that needs careful handling in the vineyard – it will punish growers who push yields too high or leave bunches exposed.

It’s the same in the cellar, where insensitive techniques to extract colour and tannin will produce grainy, unappealing wines. But, for all the things that can go wrong with Pinot, we are pleased to note a higher proportion of Golds and Masters in this year’s competition.

Although the variability in quality is still a hallmark of the Pinot Masters – and winemaking with this grape in general – the overall standard of wine appears to be on the up. In the past, entries have been criticised for being either too hot (from unbalanced alcohol) or too sweet (from excessive oak).

Last year in particular, we reported on the worryingly high number of entries with reductive aromas, ranging from a whiff of burnt rubber to the stink of rotten eggs (Pinot Noir is naturally susceptible to the production of sulphur-like odours).

However, in 2016, very few wines seemed to have a burning sensation from high abvs, while the structure and flavour from oak barrels appeared to have been used to complement rather than smother the fruit.

Also, the incidence of reduction in the samples was much lower. If there were criticisms that seemed common among the judges this year, however, it concerned the structure and body of some of the wines. 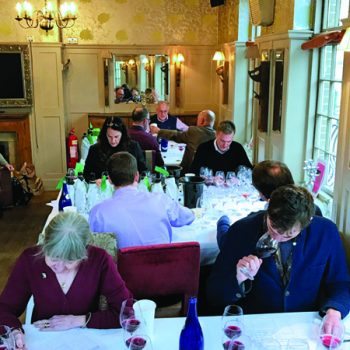 It was felt that perhaps extraction methods had been too heavy handed on relatively delicate berries. The judges wanted to see more juicy sweet fruit, and fewer firm tannins. Looking specifically at the medalwinners, like previous years, the Masters show Pinot’s versatility, and above all, its ability to make great sparkling wines.

Although more commonly blended with Chardonnay, Pinot can, on its own, make delicious fizz, proved by a Pinot Noir specialist such as Champagne’s Gremillet in the results – this Aube-based producer gained a Gold for both its entries.

But we shouldn’t forget Italy’s sparking winemaking expertise, and the Berlucchi vintage Franciacorta also picked up a Gold, although this was at a higher price point. Meanwhile, when it came to pink fizz, although we didn’t award a Gold, the results show that English sparkling sits on a similar quality rung to Champagne, with both Gusbourne and Laurent-Perrier earning Silver medals.

Moving to the still wines, the relatively low number of unoaked Pinots in the tasting, and comparative lack of topscoring wines, shows that Pinot performs best when its smooth berry fruit is married to oak, particularly new oak, in varying proportions depending on the wine. Nevertheless, De Bortoli showed that it’s possible to create a top-scoring Pinot without any oak influence.

The under-£10 category is another area of the Pinot masters with relatively few entries and top scores, although the four silver medallists this year showed that it is possible to craft an appealing wine from Pinot Noir at low prices (in the past, we have been tempted to suggest Pinot lovers switch to Gamay or Grenache when they need to buy wine on a budget).

Scanning over the results among wines priced over £10 but under £20, it is clear how Marlborough is becoming a place for good-quality keenly priced Pinot Noir, despite this region’s much stronger reputation for Sauvignon Blanc.

And £15-£20 seems a particular sweet spot for Pinot Noir from both New Zealand and Chile, with the latter country proving it’s now a serious player when it comes to this grape, with the now fully mature vineyards of Casablanca, and maturing sites of Limari definitely places for great and good-value Pinot Noir from Chile. 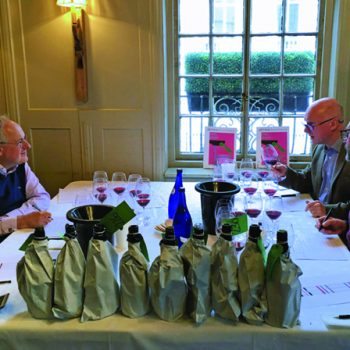 Between £20 and £30, it was Australia that really stood out this year. Interestingly, the top performers in this price band weren’t from the country’s most famous places for Pinot: Mornington Peninsula, Geelong or the Yarra.

Rather, we had Tapanappa gain the most keenlypriced Master of the day for its Pinot from the Southern Fleurieu Peninsula, closely followed by Burch family for its example from Porongurup in Western Australia’s Margaret River.

At these prices the US showed its aptitude for crafting great Pinot, particularly from California’s Sonoma Coast, along with Edna and Santa Maria valleys.

Over £30, and Oregon also featured from the US, with Angela Estate picking up a silver and a Master for its wines from the Yamhill-Carlton AVA, along with same region’s Eola Amity Hills AVA, where Ste Michelle Wine Estates is crafting Gold-medal winning Pinot from the Willakia Vineyard.

At these higher prices, with a Gold medal for Giesen and Marisco Vineyards, it was apparent that Marlborough can craft top-end wines to rival other great Pinot-producing regions, including the more famous source of great Pinot from New Zealand, Central Otago.

Although it was this latter area that took home the only Master in the £30-£50 price band, which was awarded to the China Girl Pinot from Central Otago’s Crown Range Cellar, while Hawkesbury Estates Atkitu A1 from the same region got a Gold.

AUSTRALIAN PROWESS
Australia also showed its Pinot prowess, with Tapanappa’s top expression from its Foggy Hill vineyard picking up a Gold, along with Shawdowfax for its Little Hampton Pinot from the Macedon Ranges and, the pricier Moorooduc McIntyre Pinot from Mornington Peninsula.

Among our final flights for the priciest wines of the day, and within the US, the judges were (like last year) very impressed by the wines from Edna Valley’s Tolosa, which makes rich, ripe but deliciously perfumed Pinots, along with lovely wines from the Mira winery, using fruit from the much sought-after Hyde vineyard in Napa.

Elsewhere, South Africa’s Bouchard Finlayson proved a standout, along with Switzerland’s Jean Remé Germanier, which makes wonderful Pinot Noir from the Valais. Of course, no report on the world’s great Pinot Noirs would be complete without mentioning Burgundy, and it was pleasing to see that where the region did compete, it scored well, with two wines from Château de Pommard proving among the six Master winners in total for this year’s tasting.

In all, 2016’s Pinot Masters had proved that the wine world is right to get excited about certain tucked-away corners for this grape, whether it’s the Côte d’Or in Burgundy, Limari in Chile, Central Otago in New Zealand or parts of Oregon and California, Australia and South Africa.

It had also shown that there are plenty of other places producing first-rate examples from this difficult grape, and from a broad sweep of countries, taking in England, Switzerland, Turkey and Greece.

While such samples were stylistically diverse, when it came to quality, there were similarly high – and, with the competition’s aim to sample wines without prejudice about their source, it is quality first and foremost that the Pinot Masters exists to reward. 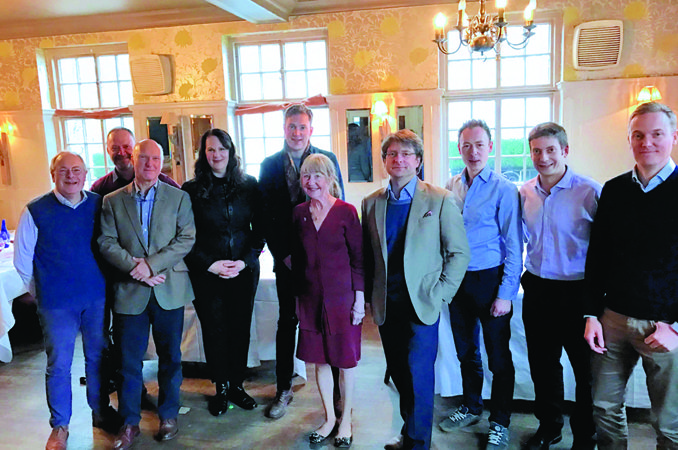