This year’s Prosecco Masters showed that despite the rapid expansion in the sector, quality across the board has risen, with the wines having improved since 2016’s competition. By Patrick Schmitt MW 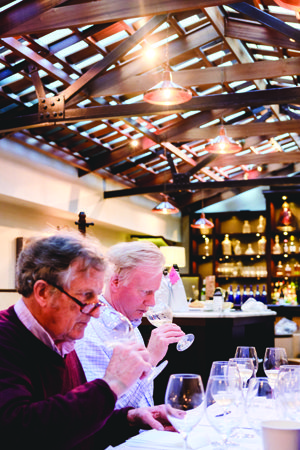 Ask any member of the wine trade to name the European drinks phenomenon of our time, and one can be pretty sure they will mention Prosecco.

A drink that barely existed 20 years ago has become the best-selling fizz in major sparkling-wine markets, such as the US, Germany, and particularly the UK.

Indeed, it’s now outselling Pinot Grigio in Britain, while in several European nations, Prosecco is one of the few areas of the wine business in growth, single-handedly propping up markets that would otherwise be showing a decline in drinks consumption.

But ask those same people why Prosecco has become so successful and one can expect a range of responses. Some credit the drink’s popularity to the catchy name, others its Italian origin, or the stand-out packaging.

But the basic, simple reason for the impressive performance for this single type of fizz is the nature of the liquid – it’s a pleasing, slightly sweet fizz with a pear and peach flavour. Importantly, it’s not demanding of the drinker; Prosecco succeeds because it is simple. Indeed, it is proof that a drink doesn’t have to be sophisticated to give pleasure.

However, that doesn’t mean it’s all the same.

The drinks business Prosecco Masters, now in its fourth year, is a competition exclusively for the Italian sparkling wine. This year’s event saw more than 100 entries judged blind by a panel of highly experienced tasters. The best wines were awarded medals that ranged from Bronze through to Gold, as well as Master, the ultimate accolade, given only to exceptional wines in the tasting. The Proseccos were tasted over the course of one day at Café Murano in London’s Covent Garden on 15 March. This report features only the medal-winners.

BEST EXPRESSIONS
And with that in mind, in 2015, we launched the Prosecco Masters. As with all our Masters tasting competitions, the aim is to uncover as much as possible about any single category.

Our plan is to understand not only the overall level of quality, but also the sweet spot in terms of price, and the broad stylistic trends. Finally, importantly, we want to know who is producing the best expressions today.

To deal with the overall quality level first, it was pleasing to discover in this year’s Prosecco Masters that not only is the base standard high, but also a marked improvement on last year’s competition.

The number of medals confirms this, but the general impression from the judges, a number of whom had judged in previous Prosecco Masters, was that, at all levels, this is a better product.

And this came as something of a surprise, because, as is often the case, rapid sales expansion doesn’t usually correlate with increasing quality, quite simply because when there is a rush to supply demand, producers can be tempted to push yields, speed up while DOC Proseccos under £15 received seven Gold medals, DOCG expressions beneath the same price point picked up three.

However, with just one Master awarded to a DOC Prosecco, and four to DOCG examples, one can see that the best sites really do produce the top-level wines.

As one judge, Nick Tatham MW – another Italian wine expert – said after the tasting: “There is certainly a grey area between DOC and DOCG: towards the top end of the DOCG, where the Proseccos were at winemaking processes, and over the longer term, plant in places less suited to the production of high-quality grapes. But with this year’s competition producing 21 Gold medals and five Masters – the highest accolade reserved for outstanding examples only – it is clear that Prosecco is managing to ramp up supply without sacrificing quality, that is, based on the entries assessed in this year’s tasting. 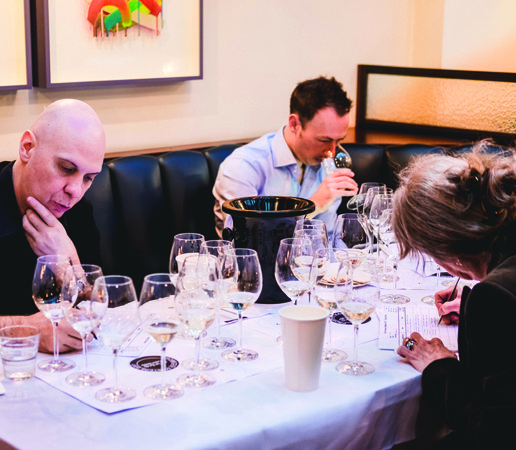 However, and touching on the second point raised above – which is, finding a sweet spot in terms of price versus quality – it was notable that the inexpensive DOC classified Proseccos (as opposed to the pricier DOCG examples) were a source of very good fizz.

As one of the judges, Italian wine expert Alex Canetti, said: “The base level was really good, which is great, because that’s what really counts.”

Interestingly, not all the DOCG Proseccos, which must come from the hilly areas of either Conegliano Valdobbiadene or Asolo, showed an overt step up in quality.

So, higher price points, there was a significant difference in quality, but at lower price points the difference between DOC and DOCG was not clear: we tasted some very good DOC Proseccos and then we went on to try some disappointing DOCGs.” Similarly, sparking-wine expert Roberto della Pietra, who also judged in the competition, said he was “pleasantly surprised by the high quality of the DOC Prosecco”, noting “the great fruit and great balance”. Like Tatham, he said that he was “expecting more of a step up to DOCG.”

GREATER SUPPLY
So what was key to DOC quality? Well, with so much planting over the past five years in the valley floors across this vast zone – the Prosecco DOC covers five provinces in the Veneto and a further four in Fruili Venezia Giulia – there is a much greater supply of grapes, giving producers the opportunity to select the best bunches across a large area.

In other words, the DOC may not encompass the hilly terroir that benefits the DOCG’s best expressions, but the DOC gives producers the chance to select grapes from a diverse range of sites to create something that is balanced and consistent. Or, put simply, as Canetti says: “Producers of DOC Prosecco have access to more fruit.” Also aiding the quality of Prosecco at all levels, and particularly the entry point, is the pristine winemaking processes in this part of Italy.

Canetti explains: “All the top stainless-steel tanks, the best presses, and general winemaking technology comes from northern Italy, so Prosecco benefits from that.” Agreeing, judge Jonathan Pedley MW added: “With the help of stateof-the-art technology, the Italians are able to make something as clean as a whistle, as well as carefully selecting yeasts to accentuate Prosecco’s aromas.” On the subject of aroma, as well as flavour, it seems that, broadly speaking, Prosecco seems to be becoming fruitier, peachier even, and less sweet.

> The Prosecco DOC production area covers the northeast Italian territories of: in the Veneto, five provinces (Treviso, Venice, Vicenza, Padua, Belluno), and in Friuli Venezia Giulia, four provinces (Gorizia, Pordenone, Trieste and Udine).
> Prosecco DOC totals approximately 20,000 hectares.
> Prosecco Conegliano Valdobbiadene Superiore DOCG covers the Treviso province of Veneto on the hills between the towns of Conegliano and Valdobbiadene, while there is also the smaller Asolo Prosecco Superiore DOCG, produced near the town of Asolo.
> Prosecco DOCG totals approximately 6,600ha.
> Superiore di Cartizze is a hill within the Conegliano Valdobbiadene DOCG which is famous for producing the most concentrated expression of Prosecco – and often too, the sweetest. It covers 107ha and is home to the most expensive vineyard land in Italy, with an estimated value of €1.5m-€2m per hectare.
> While Cartizze is at the top of the Prosecco Superiore DOCG quality pyramid, the Consorzio recently-introduced the Rive delimitations, which are named after particular sub-zones with distinct and high-quality terroirs.

In the past, when deriding the drink, it was tempting to dismiss it as smelling of fermentation esters (pear drops/banana) and tasting of sugar, but based on this year’s tasting, it seems Prosecco has much more character from the raw material, rather than production process, and a more refreshing precise edge, as richer fruit flavours allow for lower sugar levels.

But this is not to suggest that the majority of Prosecco has become much more complex.

Indeed, the judges agreed that while the quality of the wines was impressive, Prosecco is still, for the most part, a jolly and unsophisticated drink.

“Charm is what we want and get from Prosecco,” said Canetti, adding: “It’s all about fun with your friends.” Nodding in agreement, Tatham added: “It’s important that Prosecco has immediate appeal,” suggesting that there wasn’t a place for subtlety in this category.

Nevertheless, there were stand-out Proseccos from the blind tasting, examples with plenty of personality, layers of flavour, and a lovely acid-sugar balance.

Notable among the DOC examples was Martini’s 2016 vintage Prosecco, which the judges applauded for its mix of fresh fruits and floral scent, and its pristine lively character, although other producers in this classification were close in terms of quality.

WOWING THE JUDGES
Moving onto the DOCG Proseccos, La Marca wowed the judges among the examples between £15 and £20, although there were plenty of excellent wines in this price band.

Over £20, and the superior nature of Italy’s best sites for the Prosecco region’s Glera grape shone through, despite the high number of strong entries this year.

And, as a result, we saw Riunite’s Rive Prosecco take home a Master for its Colbertaldo. Also, Borgo Molino achieved this ultimate accolade for its Prosecco from the DOCG of Asolo, a hilly and picturesque area that generally produces fruitier styles than the more famous Conegliano Valdobbiadene DOCG Prosecco.

As for the final Master of the day, nestled among the many Gold medallists was an exceptional Cartizze, from Foss Marai, which combined the rich, plush-textured sweetness one would expect from this revered pinnacle sub-region of Prosecco, combined with a mouth-watering lime-zest finish. After the last of the Proseccos had been sampled, the judges agreed it had been a highly enjoyable tasting, featuring wines with plenty of instant appeal.

It had proved that Italian producers are mastering the Glera grape in the vineyard, and honing their winemaking skills to get the most from this delicate variety.

Also, at the top end, it showed that some Prosecco producers are successfully extending the boundaries of quality with this fruity, youthful, sparkling wine style. So, while this Charmat-method fizz is not a rich, ageworthy product for pairing with powerfully-flavoured foods, it is, when grown in the right place, and handled with care, a brilliant apéritif; a drink with plenty of character, a crowd-pleasing creamy texture, and an uplifting citrus zest.

• See below for a list of the judges and the following pages for all the medal-winning Proseccos in this year’s competition. 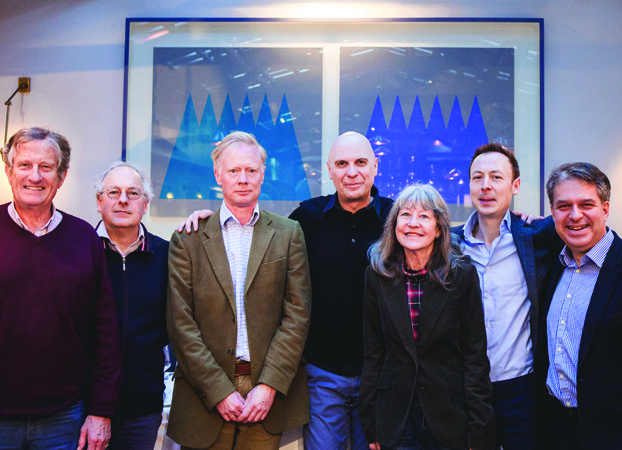