With reds, whites and rosés of endlessly varying – even contrasting – styles, Rioja’s diversity renders it ever more difficult to define. Yet as our Masters competition revealed, some classic Riojan characteristics still sing out, writes Patrick Schmitt MW. 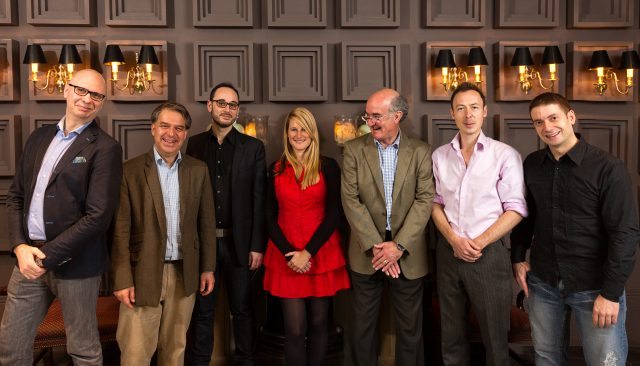 Tempting though they are, generalisations are dangerous. And today, there are few wine regions where sweeping stylistic statements have become less applicable than Rioja. Although best known for the sweet coconut flavours that can come from extended periods in new American oak, along with the fading, leather-scented examples among the range-topping Gran Reservas, the Rioja of today comprises pretty much everything from bright, light Beaujolais-esque reds to concentrated blockbusters, at times more reminiscent of the Barossa than anything from Iberia.

As for the whites, despite a reputation for an oxidative approach, these can take on a Chablis-like quality when fruit is picked early, and handled reductively, and even the rosés are starting to appear paler, with a hue found more commonly outside Spain, above all Provence, even if Rioja is known for its darker pinks.

Such diversity was clearly apparent in this year’s Rioja Masters, where even wines from the same producers showed a wide variation in character. While the tasters looked for quality first, and were fully aware of the broad stylistic capabilities possible in this large wine region – whether that was a result of grape, source, or winemaking – they did remain mindful that this was a tasting of Rioja, rewarding most enthusiastically those examples that were both excellent and identifiably from this famous Spanish DOC. 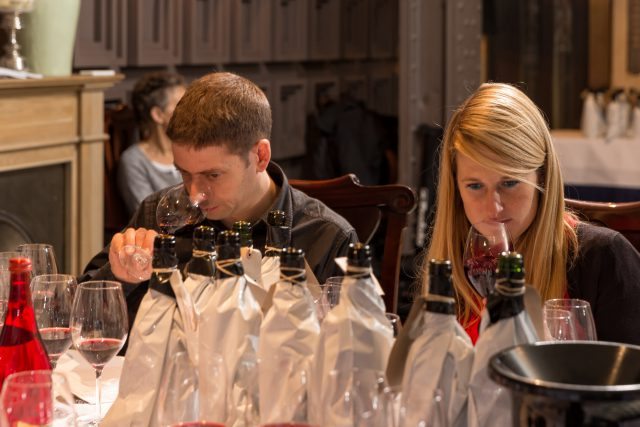 What were they looking for? ‘Chocolate’, ‘vanilla’, ‘softness’ and most importantly, ‘racy acidity’ were descriptors most commonly cited by our experienced judging panel when asked about red Rioja’s hallmarks. And, they believed, even among the so-called ‘modern style’ of Rioja – used to denote more deeply-coloured, concentrated reds – the wines were still, for the most part, clearly, classically Spanish. Indeed, the influence of new winemaking approaches was declared beneficial for a region famous for its old-fashioned style.

“I enjoyed the tension between the two types of Rioja, the old and the new, although we didn’t taste the ultra-traditional,” commented Hugo Rose MW, a tasting panel chairman. “But as a group we had a preference towards the classic style, because of its food orientation, but we recognised the quality of the richer, and often more expensive wines.”

Agreeing, another judge, Alex Canneti, commented, “It was interesting to taste the modern versus the classic – for example, comparing Bodegas Baigorri with La Rioja Alta was exciting.” An overt oak character was certainly expected, and for some, necessary, although all the judges were looking for the integration of barrel-sourced flavours, whether these came from French or American trees.

As for the results, the whites, for one judge at least, were a “revelation”. Following the tasting, this niche area of Rioja – it represents just 10% of the region’s production – was declared an area of marked change. “The whites were astonishing, because they were really good, really drinkable,” commented Canneti, praising the bright, fruity nature of the wines, in contrast to a historic approach, where strong barrel-sourced flavours dominated, along with a heaviness that can come from oxidative handling.

That’s not to say that the strongest performers were devoid of oak, and the best whites married ripe stone fruit with a toasty barrique character. Marqués de Murrieta proved itself particularly capable at striking a pleasing balance with its Capellania, although Bodegas Baigorri was similarly excellent.

Once again in 2015, there was one company that stood out from this year’s winners: Rioja Alavesa group Araex, which scooped no fewer than 25 medals, including three Golds and the top accolade of Master for its Baigorri Garnacha. This was an even stronger performance than witnessed in last year’s competition, when Araex gained 19 medals, along with the same number of Golds, and, like this year, a single Master, which was also earned by the Baigorri brand. The result marked a vindication of managing director Javier Ruiz de Galarreta’s decision in 1993 to bring together nine small or medium-sized wineries from the region into a single group. Indeed, from 1993 to 2014, Araex has exported more than €260 million worth of wine from Rioja Alavesa, with one in five bottles produced in the sub-region now sourced from this single company, which controls more than 4,000 hectares. Araex Rioja Alavesa brands currently include Luis Cañas, Lar de Paula, Castillo Labastida, Baigorri, Altos R, Amaren, Heredad de Baroja and Montebuena.

Indeed, as in previous tastings, Rioja showed its best when the oak was present. The Joven category, where youthful fruit was served up without the additional flavour and structure that comes from ageing in barriques, seemed to have less appeal, although there were exceptions: Lagunilla, for example, showed the quality potential of the Tempranillo grape without the influence of wood, as did La Bascula, which married Rioja’s flagship variety with Garnacha for its Joven.

Moving up a quality ladder, it was not until we reached Crianza that the first Golds were awarded, which went to Bodegas Riojanas for its Monte Real Crianza de Familia as well as Bodegas Baigorri for its pure Garnacha, which, because it was deemed the best wine of the flight, was upgraded to the ultimate accolade of Master. But for the best results by category, one had to look to the Reservas, where no fewer than five golds were awarded.

“This year the Reservas were spectacular,” commented Rose, with a winery like La Rioja Alta exciting palates for its combination of oak and fruit, along with palate-cleansing dry tannins and bright acidity – the sort of wine that has, over the decades, made Rioja famous.

This producer was also one of the few to gain a gold in the Gran Reserva category, the region’s top tier. Interestingly, looking back over the day’s tasting, Rose observed, “There were some Gran Reservas that were made to a price, and you could tell, and the standout wines were mostly among the Reservas. 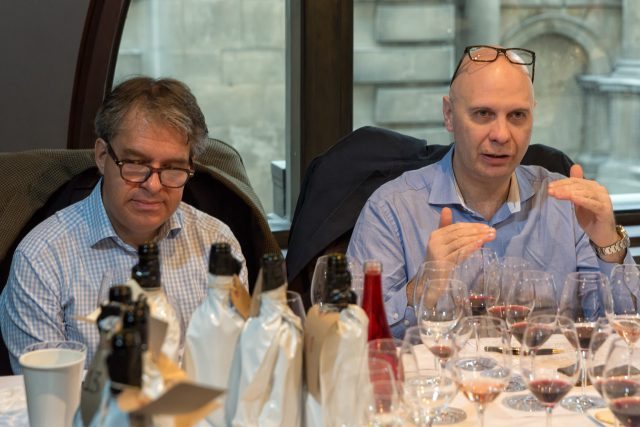 “The price was not always a determinate of quality – we gave some higher scores to lower priced wines – and at the top end it was possible that some were trying too hard.”

Having said that, it was at the top, and traditional end of the spectrum where real greatness was observed, with some of the highest scores of the day going to aged Rioja – Gran Reservas that were 15 years and older. In particular, Faustino I Gran Reserva 1994 showed why both this producer and the region as a whole is so sought after for mature wines.

Despite being 21 years old, the wine was still fruity and lively, and continued to evolve during the course of the day, before being enjoyed to its full after the tasting was over, when the judges paired the wine with suckling pig courtesy of Hispania, our host for this year’s Rioja Masters.

Interestingly, this year, we did see good things among those entries declared Vinos de Autor. Sometimes criticised for failing to resemble Rioja, this category is notable for falling outside the region’s traditional classifications, allowing winemakers to experiment to the full.

While the tasters acknowledged that a wine such as Viña Pomal Alto de la Caseta was a very different proposition to the likes of Faustino Gran Reserva, the former was no less delicious, and in the world of ambitious reds, undoubtedly a fine wine.

So, after a day’s tasting, Rioja proved home to a diverse source of wine styles. Nevertheless, common characteristics were present, above all the imprint of oak barrels and high-acid fruit. Yes generalisations are dangerous to draw, but as one judge commented, “There is still typicity in Rioja.”

Click through for a round up of all the medals awarded.

The Rioja Masters is a competition conceived and managed by the drinks business and an extension of its successful Masters series for Champagne, fortified wines and grape varieties from Chardonnay to Pinot Noir. The competition is exclusively for Rioja and comprised around 200 entries, which were judged by a selection of highly experienced tasters using Schott Zwiesel Cru Classic glasses supplied by Wine Sorted. The top Riojas were awarded Gold, Silver or Bronze medals according to their result, and those wines that were deemed by the judges to be outstanding received the ultimate accolade – the title of Rioja Master. The wines were tasted on a single day at Hispania in London. This report features medal winners only.