Sauvignon Blanc may be a ubiquitous grape, with most countries’ winemakers trying their hand at producing it, but how good is the quality overall? Our tasting panel finds out. By Patrick Schmitt MW

OF COURSE, it’s only once you’ve achieved success that you attract widespread criticism. As a consequence, Sauvignon Blanc, the white wine darling of the moment, comes under scrutiny that can be excessive. But the fact is, Sauvignon is a remarkably versatile grape.

Not only can it make lovely crisp, youthful inexpensive whites, as well as textural barrel-aged fine wines, but also delicious sweets, and, more novel, aromatic sparklings too. Then there’s its geographic spread: it’s probably safe to say that every country and major region that makes wine has at least experimented with Sauvignon Blanc.

It’s probably even more widely planted today than Chardonnay, once the most ubiquitous grape in the world.

In a crowded wine-competition arena, the drinks business Global Sauvignon Blanc Masters stands out for its assessment of wines purely by grape variety rather than by region.Divided only by price bracket and, for ease of judging, style too, the blind tasting format allowed wines to be assessed without prejudice about their country of origin.

The best wines were awarded medals that ranged from Bronze through to Gold, as well as Master, the ultimate accolade, given only to exceptional wines in the tasting.

The wines were judged by a cherry picked group of Masters of Wine and one Master Sommeliers on 13 January at Bumpkin in London’s South Kensington.

But being everywhere and doing everything, doesn’t alone make you great. And so, with our Global Masters, we set about determining just how good Sauvignon Blanc is today, wherever it’s planted and however it’s handled.

To begin, it’s clear that both the style and quality of Sauvignon being produced at present is hugely diverse. This meant, at the pricier end of the tasting, while the judges were excited by the increasing number of more textural styles, employing more lees and oak contact, they did observe that some examples were more successful than others, with green flavours and vanilla oak in particular proving a clash.

As for the most famous areas for varietal Sauvignon at present – the Loire and Marlborough – these are creating exceptional wines, along with some that are more ordinary. Where the scores from the judges were low, it was because the wines were dilute, lacking the aromatic impact that makes Sauvignon so memorable and popular.

This could be, it was suggested, a result of high yields, or possibly high temperatures – as well as, perhaps, the combination of both.

But what performed brilliantly? At the cheaper end of the spectrum, wines packed with those classic Sauvignon flavours of gooseberry and grass or passionfruit and peach, along with that lipsmacking acidity, which ensures one wants more. Moving up the price bands, such characters were less overt, but the wines offered more, as the bright, youthful green-edged aromatics were replaced with layers of subtler and sweeter flavours derived both from cellar practices but also the use of carefully selected fruit from lower-yielding vines. 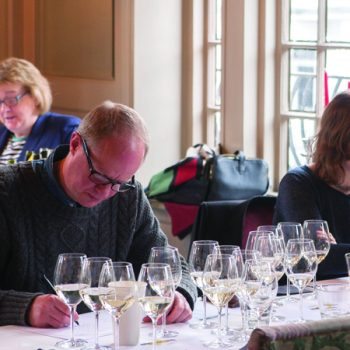 In such instances, the top-scoring wines married such richness with Sauvignon’s typical citrus-like finish. Interestingly, the greats weren’t all from the aforementioned famous Sauvignon producing areas.

California proved its skill at a creamier, riper style of wine from the grape, with a delicious and balanced example of barrel-aged Sauvignon from Stonestreet in the Alexander Valley. Styria in Austria also shone, with a relatively expensive but nonetheless lovely and typically lime-rich example that hailed from Weingut Erich & Walter Polz.

More surprising for the judges was the quality produced from Turkey’s Cappadocia (Kavaklidere), Italy’s Alto Adige, and, in particular, gaining the top accolade of Master, a Sauvignon made by Greece’s Alpha Estate.

Australia’s Adelaide Hills and Wrattonbully wine regions also proved themselves able to craft impressive Sauvignons, packed with pink grapefruit. Additionally, Chile’s Leyda Valley really shone among the examples from this country in which Sauvignon is so widely planted. When it came to blends and barrelageing, Bordeaux confirmed its superiority, with Château Brown standing above the competition by gaining the only Master in this category with its Sauvignon-Semillon from Pessac-Léognan.

However, when it came to the pure Sauvignons aged in oak, the famous and classic mixed with the up-and-coming, as the likes of Pouilly Fumé’s Château de Tracy collecting the Golds, along with Australia’s Down to Earth, and Marlborough’s Stoneleigh, Te Pà, and Giesen.

And what about the sweets? Few deliver a drink with such intense sweetness and refreshment as Brancott Estate, which wowed the judges with its late-harvest Sauvignon.

In short, a full day spent sampling almost every style of Sauvignon from almost every corner of the world showed, conclusively, that this grape produces so much more than the archetypal grass and gooseberry scented crisp youthful white wine.

Furthermore, the wide range in quality proved that this isn’t an easy grape to get right, but when it’s good, it offers a really exciting and surprisingly complex drink. 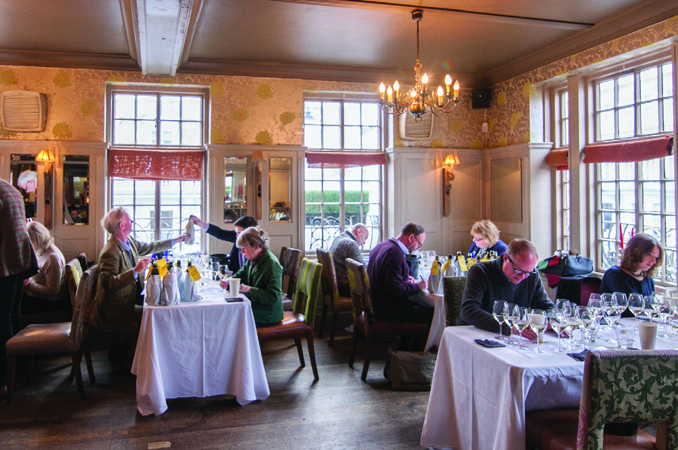