Creamy wines with stone fruit and lemon-fresh acidity were the top-scorers in 2018’s Chardonnay Masters competition, but, before revealing the results in full, Patrick Schmitt MW looks at the stylistic trends of the Chardonnay being made today. 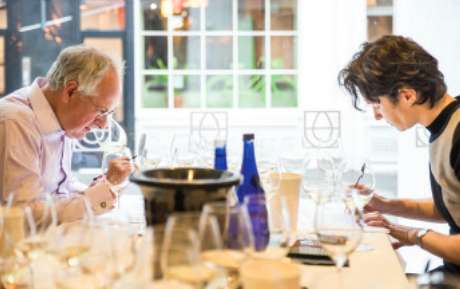 As 2018 draws to a close and I think back over all the tastings we’ve conducted this year, I do feel that our Chardonnay Masters was the most mixed in terms of quality and style. Now, while diversity is definitely something to celebrate, I sense that Chardonnay has yet to settle into a comfortable place – they are plenty extremes in terms of texture and flavour, but seemingly few where a happy medium has been struck. As a result, I think that many winemakers should consider why consumers fell in love with this grape variety in the first place.

So what was it that made Chardonnay the most popular grape before the start of this millennium? It was its seductive, textural appeal, its combination of stone fruit flavours and lemon fresh acidity, and its unparalleled ability to successfully carry the appealing characters from certain cellar practices – so those creamy notes from malo-lactic fermentations, that nutty richness from lees contact, and the toastiness from oak, as well as a touch of vanilla if there’s new wood too. These are aspects that, when combined, create a delicious and mouth-filling glass of white wine. Something with instant appeal, and versatility.

Now, as is so often the case with success stories, the situation can turn sour when people take things too far. As we know, this happened with Chardonnay. Looking back, I suppose there was a sense that if people liked the characters described above in moderation, they would enjoy them even more if they were amplified. The problem was that the delicious nature of good Chardonnay came about when such aspects where in harmony, and increasing the influence of lees and oak, without also turning up the concentration of the fruit, left the drinker with a hollow experience.

But let’s move forward. Between the development described above, and now, we have seen a pendulum swing in Chardonnay style, with the over-oaked, buttery example replaced by the so-called ‘skinny’ version, created by picking earlier, preventing the occurrence of malo-lactic fermentations, and eschewing fermentation and ageing in barriques, particular new ones.

As part of this, we have also seen the development of another aspect to Chardonnay style – the manipulation of fermentations to create Hydrogen sulphide, the source of a whiff of struck match at low levels, but the smell of blocked drains at greater concentrations. When present in small quantities, it does add an attractive and complexing note to Chardonnay, and something needed if the winemaker chooses not to add an extra aromatic touch of toastiness from the use of new oak.

But the problem with sulphides, even when complementary, comes from the fact they don’t add any textural weight to the wine. And that’s what the judges in this year’s Chardonnay Masters missed the most. Yes there were examples with plenty of character, but at the more pricy end, we expected wines with more depth, more richness. And it is this indulgent aspect to great Chardonnay that makes it the most celebrated source of fine white wine in the world.

As one judge, Keith Isaac MW commented after the tasting, which saw us sample wines from around the world, “I like Chardonnay! And still do, for the most part, but not too lean and stripped back, or I can buy Muscadet instead.”

Such a statement highlights the main issue for skinny Chardonnay, and that is simply that if you want a delicate style of white, there are other grapes you will turn to. People generally choose Chardonnay when they want something refreshing but also full-bodied.

Of course, there is a spectrum of styles, perhaps best illustrated by the success of Chablis, a benchmark for ‘unoaked’ Chardonnay, but in this case, I think you will find that people are choosing Chablis, and the specific wine style this region epitomises, more than they are choosing Chardonnay – a grape that represents a more textured style of white.

Currently, however, a further judge, Jonathan Pedley MW, observed after this year’s competition that “The ‘austere, lean, struck match’ school of Chardonnay has definitively (for the time being) triumphed over the ‘ripe, tropical, oaky’ school.” As a result, he commented, “If ever you needed evidence that the world’s wine industry has become a global, fashion led village then this is it.”

While, looking deeper into what he termed “the cult of the struck match”, he recounted some advantages and disadvantages to the style.

What’s good, he said, is the fact that because so many winemakers are vinifying Chardonnay this way “they are getting better at it”, and consequently, “this year’s line up had fewer excessively reduced wines and only the odd one where the acidity was impossibly raw.”

On the other hand, he recorded some “bad news”, which he said related to the fact that “the consumer is being expected to pay big money (£30++) for premium Chardonnays that are often one dimensional, hard and angular.”

Continuing, he said, “The very nature of the struck match style is that it avoids/suppresses the other elements of the traditional Chardonnay wines: ripe fruit, oak and malolactic aromas.”

And, he concluded, “Deep down I am not convinced that the resulting lack of complexity in many of these new wave Chardonnays represents value for money.”

But, such a general report on the state of Chardonnay today shouldn’t conceal the fact that there are plenty of stunning, balanced, and delicious examples being made right now, and identified in our unique tasting approach – which sees us taste wines from all parts of the world without any sense of where they hail from.

And, this year’s competition saw the highest marks go to Chardonnays from a range of sources, as long as they “showed the wonderful layers of complexity of which Chardonnay is capable,” according to Pedley.

The results over the following pages show the medal-winners, and you can see those wines that achieved very high scores by the colour of their accolade, with, it should be stressed, Golds awarded to Chardonnays gaining an average score of 93 points and above from the judges. As for the ultimate accolade, that of Master, this only goes to something considered outstanding in its category, and generally getting 96 points or above from more than a couple of the judges.

As a final point, it is worth commenting on the origin of the great wines, particularly because certain regions shone. One of these was certainly Adelaide Hills in Australia – the source of more great Chardonnays in this year’s tasting than any other single place, but, considering the same nation, Hunter Valley also showed well.

Another notable stand-out area was Hawke’s Bay in New Zealand, but also Marlborough. Parts of California as one might expect delivered great results, while South Africa also proved adept at crafting lovely Chardonnay. A final surprise was a wonderful and reasonably priced sample from Lebanon’s Bekaa Valley – which in fact turned out to the best Chardonnay of its category. 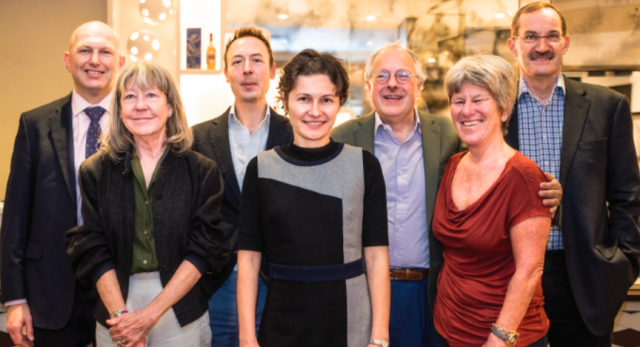