The year’s Beer Masters showed the development of styles in the sector, as well as the the growth of the low- and no-alcohol category. 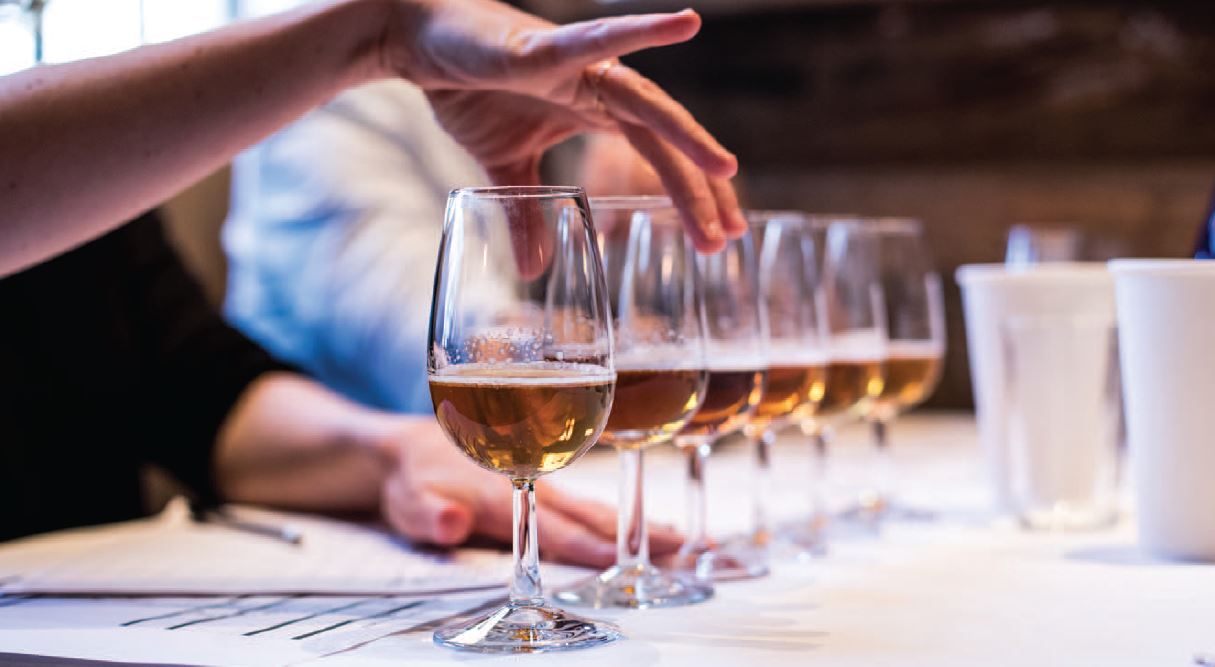 WHEN WE launched the Beer Masters in 2014, the craft beer industry was starting to mature. Now we’re seeing much more variety in the sector, from barrel-aged imperial stouts and low-ABV pale ales, to hop-forward IPAs and lagers made from leftover bread. We may not yet have seen see smoothie-thick New England IPAs and double-fermented cranberry Goses in supermarkets, but the list of beers entered into our Masters this year shows just how the UK’s everyday beer-drinking culture has changed in the last five years. This year’s Global Beer Masters judging panel consisted of nine industry experts, ranging from sommeliers and buyers to ZX Ventures insiders, who oversaw a broad range of brews organised into seven style categories.

In a bid to level the playing field and make this a competition aimed at the everyday drinker who buys beer from the supermarket as well as aficionados, small craft brewers were judged side by side with the world’s biggest producers. Overall, there was a shift in the lager category towards more malt-forward, Helles styles over the Pilsners that dominated our blind tasting last year. Craft lager was the hot topic of 2018, and dozens of beers we tasted in 2019 sought to replicate its crisp, floral flavours and bitter finish. But, as co-chair Shane McNamara noted, this year showed “a shift towards balance. 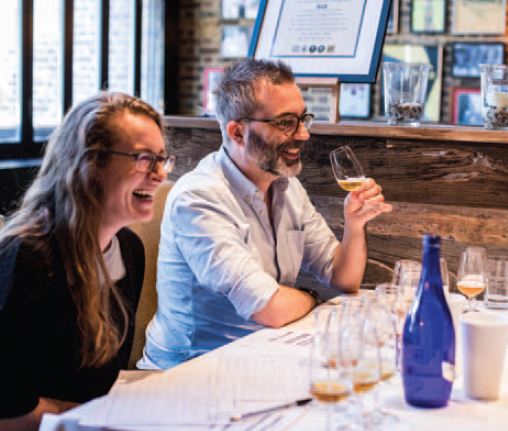 “While hop-forward beers were still present in the line-up, they were backed by more malt presence without being dominating.” Malt-forward Helles-style lagers, he said, were more present this year. “This would appear to follow a consumer trend in the desire for a clean, crisp malt-forward lager with floral aromas rather than a clean, crisp, slightly more bitter lager with herbal aromas.”

While there may have been fewer Gold medals handed out in 2019 than in 2018, beer sommelier Natalya Watson said she thought this was no bad thing. “It’s better to have more good beers overall, than to have a few outstanding beers in a pool of mediocre ones, which would shake out to the same average.”
Though Helles styles came into play, our largest category was, again, hop-forward ales, which Watson said comes as no surprise, because consumers “can’t seem to get enough bitterness these days”.

About the Beer Masters

While the Global Masters runs a series of blind-tasting competitions throughout the year focused on wine varieties – from Chardonnay to Cabernet – and wine styles, from rosé to sparkling, along with key wine regions, such as Champagne and Rioja, the programme of events also includes judging sessions on other categories, notably cider, and most recently, beer.

The beers in this blind-tasting competition were judged over the course of one day on Friday 30 August at the Brewhouse & Kitchen on Geffrye Street in Hoxton, London. This report features the medal-winners only.

Please visit the Global Masters website for more information, or, to enter future competitions – giving you the opportunity to feature online and in print – please call +44 (0)20 7803 2420 or email Sophie Raichura at: sophie@thedrinksbusiness.com

LOW-RISERS
Last year, we included a low- and no-alcohol category in our competition for the first time. Globally, volume sales of mainstream lagers are falling, along with overall alcohol consumption. We see countless reports and surveys telling us that the new generation of consumers barely drinks at all, and when they do, they want it to add value to their lives. The beer industry has been quick to act, and no-alcohol beers have been launching on a weekly basis for several years. With brewers striving to make something that is so much more than a consolation prize for the designated driver, it seemed appropriate to widen the remit of our awards to offer sober-curious consumers guidance on the beers to seek out when they’re taking a break from their regular choices. Last year, we were able to award a Gold medal to Heineken’s newly rolled-out 0.0 lager, but this year, the category’s only Gold went to a newcomer; Small Beer Brew Co. Coming in at 1% ABV, the dark lager not only signals a marked improvement in the quality of low-alcohol beers within just one year, but also in the range of styles available.

McNamara said the types of low-ABV beers on the table this year “continue to show the progress of brewers and their ability to craft flavoursome fault-free beers that fulfil the drinkers desire for taste and not just no/low alcohol”. Another beer that fared well in this category, from Storm Brewing in New Zealand, was lighter in style, proving that all over the world, beer businesses are getting better at delivering low-alcohol lagers that are consistently good. Watson said she found Storm’s Light Beer “flavourful and well balanced, which is tough to do with a low-strength brew”.
Though beer and alcohol are familiar bedfellows, it’s clear that our judges are open to new experiences.

Nick Bell, wine, beer and spirits buyer at Harvey Nichols, said he wanted to see a “larger variety” of guilt-free beers at next year’s competition.
Watson also said she wanted to see more low- and no-alcohol beers entered in the 2020 competition to find out “how they’ve improved by this time next year”.

POWERFUL PINTS
At the other end of the spectrum, beers that packed a punch with ABVs in the double figures also proved popular. Breweries such as Duvel in Belgium and Porterhouse in Ireland are experimenting with barrel-ageing, and the results are promising. Porterhouse Brewery picked up a Master with its Celebration Barrel-Aged Stout, which comes in at 12%. Matured in Bourbon and Port casks left over from the Dingle Whisky Distillery’s spirits maturation, the pitch-black beer is charged with toffee, vanilla and coffee, carrying all the flavours well, with a rounded texture owed to time spent in barrel.

As a whole, the hop-forward ale beer category yielded strong results, with Golds awarded to a deep ruby Yorkshire ale from Black Sheep Brewery, as well as to St Peter’s in Bury St Edmunds for its cream stout. Nick was particularly pleased with the darker brews this year, noting that the porters and stouts had some “absolutely stunning entries”.
But dark and brooding weren’t the only ways brewers caught our judges’ attention this year. Another high-roller was Delirium Tremens from Huyghe Brewery, which fared well in last year’s competition. This year the judges gave it a Gold. Watson said this beer performed well because its high strength “is balanced by its fruity esters and grainy sweet-malt backbone”. The results show that high strengths pay dividends, provided the beer’s flavours stand up.

GREEN FUTURE
Looking to 2020, our judges were keen to see more low- and no-alcohol beers on the table, as well as Belgian styles, which, as Watson put, it “tend to perform well”. But Alex Stevenson, Beer Academy Sommelier, Certified WSET educator and co-chair of our panel, also thought the time is right to focus on brewers who are not just making great beer, but doing so with the planet in mind.
Taking in the industry as a whole, he said, “the main trends I am seeing tend to be around sustainability, low-ABV and also quality over quantity”. While this year we had more low-ABV beers than ever, Stevenson still felt there was a lack of options on the table, “and not much was said regarding sustainability”.

Some of the brewers who entered our competition have their own eco-friendly credentials. It takes roughly 10 pints of water to brew just one pint of beer. Small Beer Brewing claims it has cut this down to 1.5 pints at its own facility in south London. Toast Ale, meanwhile, is brewed from leftover bread. Perhaps we’ll see more brewers touting their green credentials next year. 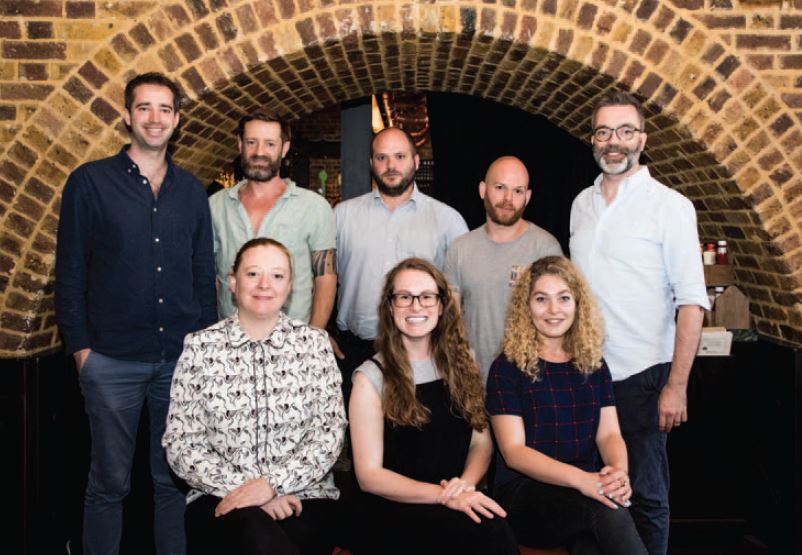